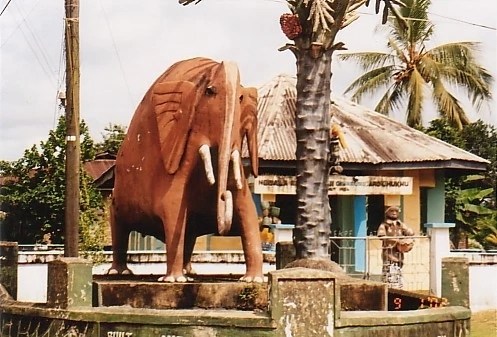 Mr Obioma Ogbonna, the Commissioner for Tourism, Arts and Culture in Abia State, has said the state is putting the necessary machinery in place to harness the huge potential in the tourism sector in order to stimulate rapid economic growth.
Ogbonna said this in an interview with the News Agency of Nigeria (NAN) in Umuahia on Thursday.
He said that the initiative was in line with Federal Government’s policy on the diversification of the nation’s economy. He described the tourism sector as “a powerful engine that can drive economic growth and development of the state, if properly harnessed.”

“And the Nollywood industry is one aspect the tourism industry in the state is working hard to explore,” he said.
The commissioner claimed that about 75 per cent of the people in Nollywood were of Abia State origin.
“I have brought them together and they have decided to come together and replicate that magic. They made Lagos and Delta States what they are today.
“The revenue generation is very high,” he said, adding that the Nollywood professionals had promised to bring the industry to their own state.
“So we are waiting for the state government to give us the go-ahead and we will do the needful to reclaim our pride of place in the industry,” Ogbonna said.
He gave assurance that the ministry would initiate a number of programmes and projects that would propel development in the tourism industry in the state this year.
The commissioner said that the House of Assembly Committee on Appropriation promised during the ministry’s budget defence to advise the state to allocate more funds to the ministry. (NAN)