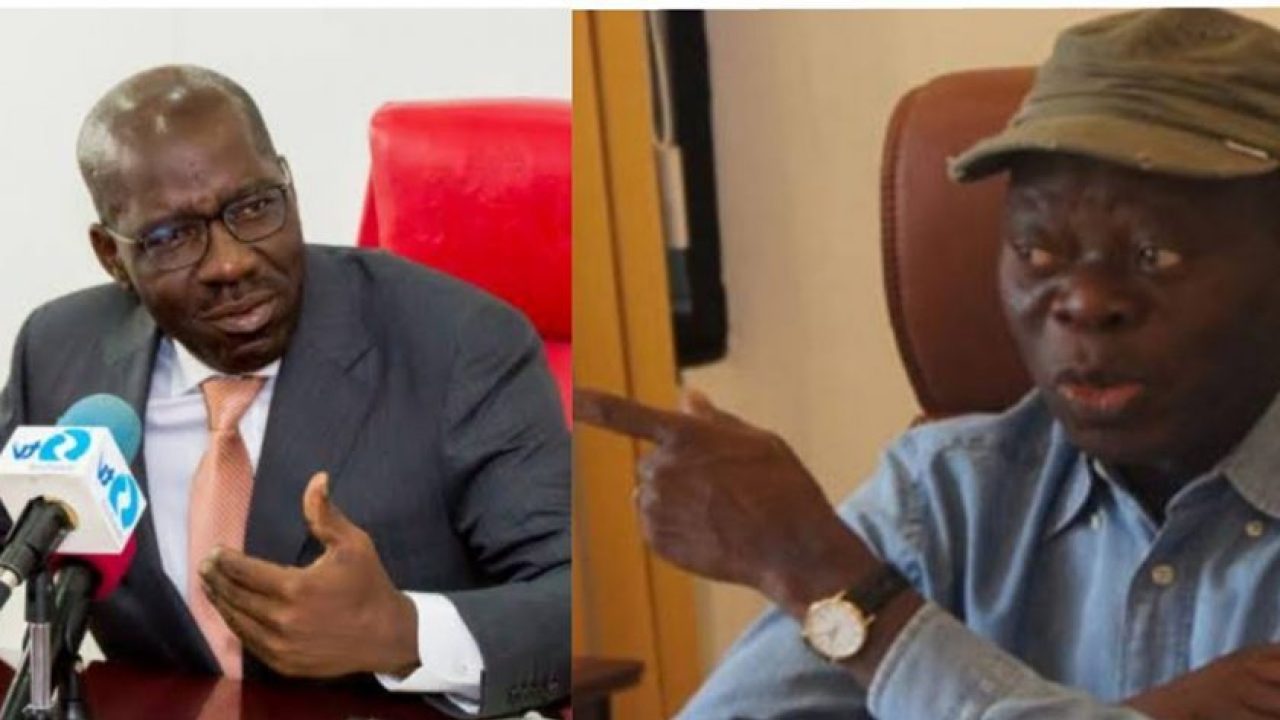 National Chairman of the All Progressives Congress (APC), Comrade Adams Oshiomhole, on Tuesday, expressed doubt over the authenticity of the first-degree certificate presented by Governor Godwin Obaseki from the University of Ibadan.

While inaugurating the APC’s screening and appeal committees for its members contesting governorship primary, in Edo State, Oshiomhole said, “Someone should approach the UI and end this matter once and for all.

“If the certificate Obaseki parades is that of the UI, find out how did he pass Senate screening of those days?

“I’m aware that in those days when this man never dreamt of becoming a governor, every student, no matter your status or your family name, must pass screening.”

Reacting, Governor Obaseki’s spokesman, Crusoe Osagie said, “The University of Ibadan is perhaps the most reputable university in Africa.

“The University of Ibadan awarded a BA degree in Classical Studies to His Excellency the governor as far back as 1979.

“The university is still there. If anybody feels the certificate is not credible why doesn’t the person go there to verify?

“Why are we just seeing this only in the media? Bear in mind that the Governor of Edo State, Godwin Obaseki, was among an elite corps of illustrious alumni of the university people to deliver a national alumni lecture in August 2018.

“Do you think such an institution will call someone who is not an alumnus to deliver such a lecture?”

Describing Oshiomhole’s allegation against Governor Obaseki’s as ‘baseless’, Crusoe said, “We have said before, these allegations are baseless and come to think of it, which university did (Adams) Oshiomhole attend to know what the admission process is like?

“The responsibility of setting guidelines for admission into a university rests on the Senate of the institution.

“The lecturers who taught the governors are still alive and the institution is still there.”