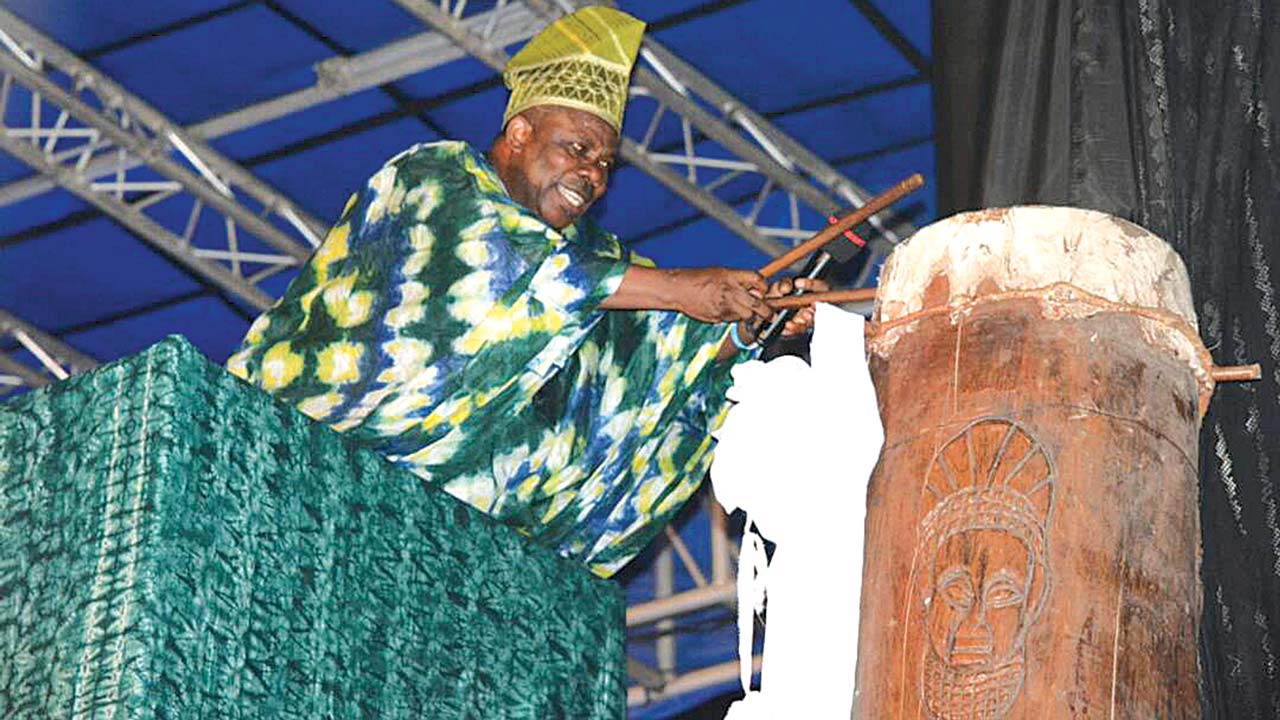 Governor Ibikunle Amosun of Ogun State has assured that the annual African Drum Festival would be sustained by successive governments in the state.

The governor also announced a permanent site for the festival, saying this would go a long way in sustaining it.

According to the governor, the festival has come to stay in the Gateway State, as it has now been recognised as one of the foremost cultural events in Nigeria.

Governor Amosun said this while addressing a press conference, on Tuesday, which was held at the MITROS residence in Abeokuta, the state capital, in preparation for the 4th edition of the event which is slated for the 25th to 27th of April.

In the words of the governor, “Let me assure you that the drums festival has come to stay in Ogun State and in Nigeria.

“It has come to stay, especially in the context of Nigeria because it is calendared.

“There are some festivals that have been institutionalized. If you go to Calabar, you will find their festival.

“Same thing as Lagos. We have our own here as well and this is the fourth edition.  “And I’m sure now that we have a permanent place for it, there would be no reason for successive governments not to continue it.

“It is about the best cultural event in 2016, 2017 and even 2018; so, without doubt, successive governments will surely uphold and continue to host the flagship festival (African Drums Festival) and other festivals we have partnerships with.

“It is part of the legacy we are leaving behind, and we going to ensure that they outlive us.”

Continuing, the governor said, “We are Ogun State and this is what we call Ogun standard. We have to ensure we reflect Ogun standard in all we do.”

Governor Amosun also promised to leave office on a high saying, “There would be no looking back. We would work until the last day, last hour, last minute, last second. I will demonstrate that hard work I am known for.”

The theme for this year’s festival, which is the fourth, is ‘Drumming the Future.’