I very well need a man in my life – Lilian Afegbai 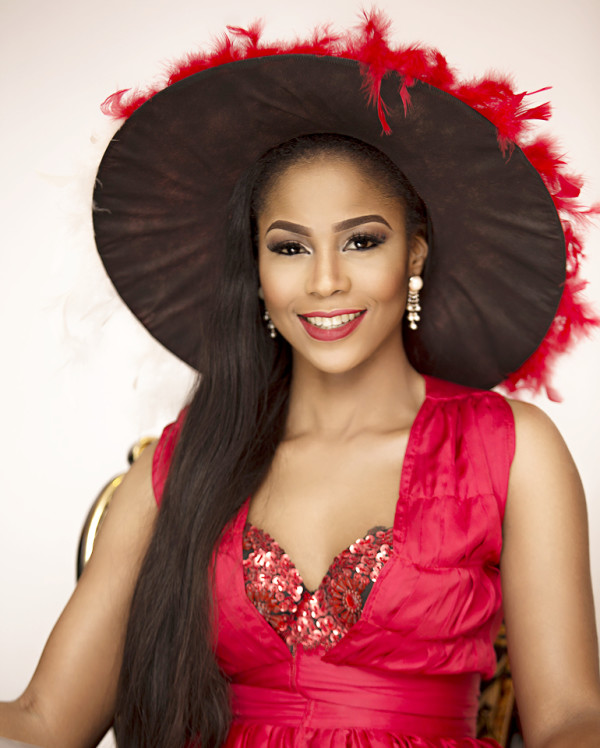 Since she registered her presence on the Nigerian entertainment scene with her appearance in Big Brother Africa 2014, Nollywood actress-turned movie producer, Lilian Afegbai’s career has been on a steady rise. The model and TV Presenter has featured in MNet series, Tinsel, and done television commercial for Diamond, among others.Edo State-born Lilian began her educational career at the Word of Faith Secondary School, Benin. Thereafter, she proceeded to the Benson Idahosa University, also in Benin, where she studied Accounting.  In this chat with MUTIAT LAWORE, Lilian, who picked her first AMVCA award in 2018, spoke about Lily’s Secret, her lingerie line of business, her growing up, ideal man and dealing with negativity.

My name is Lillian, a sexy goddess. So, I’m the secret to your beauty.

What is Lilly’s Secret all about?

It’s a lingerie line that caters for everything that makes a woman confident. One unique thing about my line is the fact that it caters for all woman figures from skinny to plus sized because I realise from my research that most times the plus sized are usually neglected and the fact you are on the big side does not make you less human. In all, everything that makes a woman sexy is all that I cater for.

Why now when the female panties are going through lots of challenges in Nigeria; from stealing and ritual purposes?

To be honest, the circle you surround yourself matters a lot because I don’t see myself falling a victim of such. I know it’s currently happening but I don’t believe they pick any kind of panties. I believe when the panties are sexy and pretty, they do not match up with their target. Rather I believe they go for the dirty and ugly looking panties.

What is the texture feel of your brand?

I deal in all kinds of textures because some women like theirs silky while others go for the lacy ones; there are varieties and that is one factor that distinguishes us from others.

Is it strictly owned by you or a franchise?

It’s solely my personal business although productions are made in Turkey. However,  I look forward to taking my production process to Nigeria  in future but certain factors are hindering that for now. My team and I are currently working on something because I believe we have better people here than all over the world.

READ ALSO: Mummy ate 13 bags of beans yesterday and she has a big tummy

Knowing that you have a huge fan base that cuts across both gender; don’t you think you are limiting your brand to just a section?

Bear in mind that in Lagos, we have brands like ‘Still Broke’ that is strictly for men’s underwear, but we don’t have such on the female side just like we have Victoria Secret and all that. For me, I don’t think the men are lacking because it’s just their boxers but we women have lot of luxuries to us; that is why we want to look sexy at all time. Mind you, my brand is just about pants and bras alone. We make you look sexy for your husband and boyfriends, among others.

How long did you nurse the dream of starting the lingerie line?

To be honest, I started nursing the idea right from when I started developing boobs. I knew I was going into this but I never envisaged that it would happen this soon because I was thinking probably when I get married because I thought it was something I wouldn’t be able to do, like it looked larger than how I saw it. Last year March, however,  I started telling myself that I could do this.

Then I started making inquiries, booking tailors, but I was scared. Towards the end of last year, I had a store; a friend was opening a mall, and she called me and said that I should get a space since I was planning on getting something. I felt skeptical about it; the thoughts of rent and other expenses scared me but then I paid for it, even before it was ready, because I spoke to myself that I needed to get to work. I told myself even if I had a million naira I would start.

I wasn’t going to wait until it was a hundred million naira. I told myself that if I did not start, I would keep nursing this dream and it might never come true. I am a goal getter; if I say I want to do it, I just do it; I do not need time. I nursed it literally for few years but  it took just 5-6 months to make this production come to pass.

What is the sustaining power put in place for Lily’s Secret?

The truth is some people go into businesses that they do not have passion for, and if the money doesn’t come the first time, you give up. But this is Lily’s Secret, even if in the first year, God forbid, I don’t make profit, I know that there are better days ahead. I already know and I’m ready for anything. Even when the challenges come, I can’t give up because I love Lily’s Secret, I love making people feel sexy.

Last year, the dress you wore to Africa Magic Viewer’s Choice Awards (AMVCA) got the Internet agog; what was your reaction when the negative comments started coming in?

Well, my reaction to it, I handle negativity perfectly but I am not saying that I do not care about it; but at the end what matters most is myself. As a matter of fact, that night, I looked very sexy and very hot; nothing else mattered. If they do not talk about you, then something is wrong. I have no issues with those who write negative things about me. It’s funny that when my friends call my attention to the story online; all that matter to me is whether it is written along the story that I won an AMVCA award.

What has it been like in your social circle after winning the AMVCA award?

Nothing spectacular but rather it made me push for more. The movie I won that AMVCA award for was a challenging movie. It almost led me to depression. It made me to keep pushing. It made me realise that people are watching. It brought about the idea of Lily’s Secret. If you work hard, it will happen. You cannot cheat God. I feel that this is going to be a success.

Despite the challenges in putting out your first work as a producer; are you still determined to do more?

Yes, definitely. I just finished my second production in December, titled ‘Double Strings’, and starred great talents like Annie Idibia and other popular actors. So, I keep pushing and doing more.

How do you strike the balance between passion and business?

I’ve always wanted to be an actress. Right from when I was little; I always called myself a star. I would go for dancing competition. I used to act in church, from high school and university days.  My entertainment life has just been me. I feel that’s passion, but I don’t confuse passion for business because your passion sometimes will not give you money. It will probably give you money but not now. So, you will keep doing your passion and look for other ways to stand. But then in this country, are we really paid what we deserve? But we can’t judge them. So, we are making do with what we have. We have people like Rita Dominic that paved the way for us; without them, we wouldn’t be here. We got it easy. These people worked for it. Whenever I see them, I give them utmost respect.

Aside from acting, what other things are you into?

Aside from acting and because I like money, I’m into real estate. I sell chandeliers and do other things that bring the money. That has been helpful and what makes me to be able to produce a movie and star a big name like Rita Dominic. But if you look at my acting, I haven’t gotten to the stage where I will be paid lots of money, so how do you balance business and passion? I do things I love, I make money from it and I love it.

What is your choice of men?

My choice of men, I just look out for a God fearing man; someone who is hardworking and doesn’t forget that being rich and hardworking is different.

You are a dancer and a blogger; an actress, producer and also comfortable in your own right; don’t you think this might scare men away?

I do not deal with low self-esteemed men.  A confident man will never be intimidated by a lady’s success. Instead he will try to make you better. He will push you to achieve your dreams.  I will not get to a point where I feel that I do not need a man. I very well need a man in my life so that we could share and achieve our dreams together. There is no harm in that.

Have you ever been heartbroken?

Yes, back in university.

Have you ever had any reason to doubt yourself?

I had a challenge with my boobs; I thought they were too small. I thought of having a breast enlargement. But now, I love how I look. I have conquered that part of me.