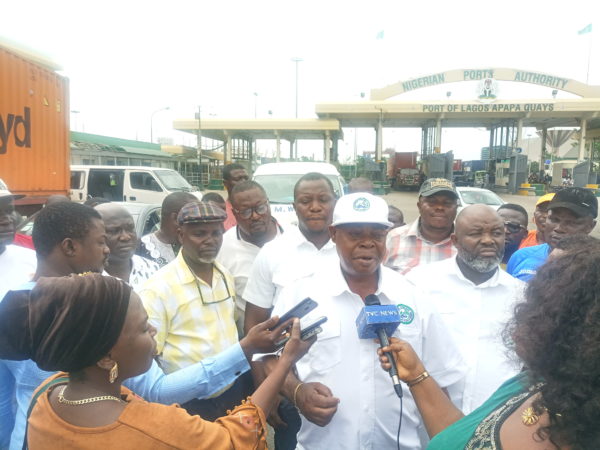 The President, Maritime Workers Union of Nigeria (MWUN), Adeyanju Adewale, on Thursday said that workers would continue the indefinite strike embarked upon until outstanding monies of dockworkers are paid.

Adewale, who spoke with the News Agency of Nigeria (NAN) in Lagos on contending issues that led to the nation-wide strike on Wednesday, said the union resorted to strike due to non payment of dockworkers.

MWUN leaders had directed workers to withdraw their services, shut ports operations and begin a nationwide strike over unpaid wages among other issues.

This was after the union had on June 11, issued a 14-day ultimatum to the Federal Government to compel the International Oil Companies (IOCs) to pay over a year outstanding wages.

The MWUN president said that the union resorted to strike because of non-payment of government appointed stevedores/dockworkers by the IOCs contravened Nigerian Maritime Administration and Safety Agency Act 2007.

He said that several efforts made for the IOCs to see reason including a stakeholders meeting organised by the Nigerian Port Authority (NPA) did not yield result.

”While some of the affected dockworkers had passed on prematurely due to economic hardship, those alive had been made to become destitute.

“As a responsible union, we cannot continue to fold our arms and watch our members die untimely because of the nonchalant attitude of the IOCs management towards the welfare of workers,” the union leader said.

He said that the union earlier gave a 14-day ultimatum to government through the Permanent Secretary, Ministry of Transportation to prevail on the IOCs to pay union members.

”Ahead of the expiration of 14 days ultimatum which elapsed on June 28, the union issued a reminder letter to inform the government that if by July 2, no payment is made members shall withdraw service in all the Nation Seaports,” he said.

Adewale, however, stressed that the strike would continue until all issues in contention are resolved. (NAN)