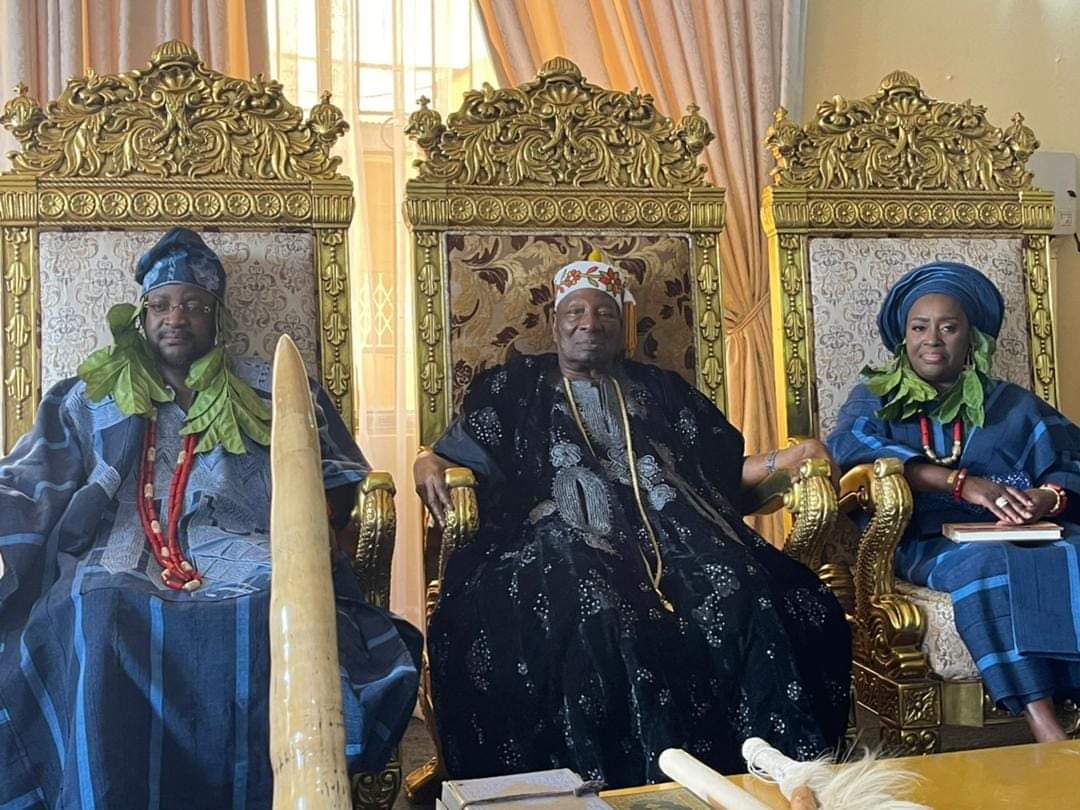 It was all pump and pageantry, on Thursday  March 11, in the historic  city of Ogbomosho land  as the Minister  of Youth and Sports Development  Mr. Sunday Dare was installed  as the Agbaakin of Ogbomosholand  by the Soun of Ogbomosho  Oba Jimoh Oyedunni Oyewumi Ajagungbade 111.

The honour was  in recognition of Dare’s giant strides in the development Ogbomosoland and the country at large which has seen him renovate the Soun Stadium, Trainned 40 coaches, facilitated the Building of the hospital  at Pakiotan, facilitate  the release of take off grant for the Federal  Polytechnic  Ayede and donation of  an 18 seater bus to the newly established  Federal institution,  vocational  training  for more than 200 youths, rehabilitation  of the Taki roundabout,  donation of laptops  to Lautec among others.
The title was bestowed on the Minister  by the Soun of Ogbomosho land on  November 20, 2020, but the official  coronation was held on Thursday, this week.

FROM THE INSIDE: WARS AND RUMOURS OF WAR