Why Buhari won the presidential election 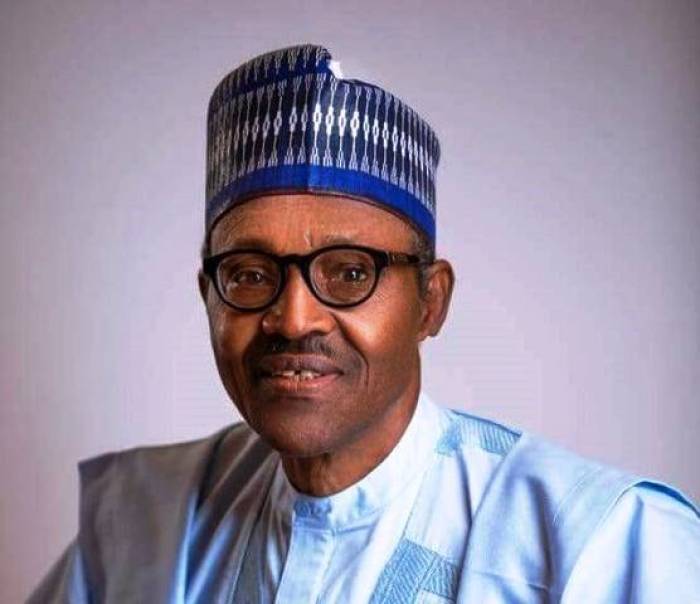 The election was like a contest between the strong and the weak man. Many had thought that Buhari would not have the strength to visit all the states during the campaign but he did. His words in each state were few: If you vote me for a second term, I will continue to tackle the problem of insecurity, fight corruption, construct more roads and improve the economy.

On the other hand, Atiku, who appeared to be full of vitality because he had not been president before, spoke for long in each state: If you elect me as president, I will stop the killings, give women 40 per cent of the opportunities, generate more employment, fix the roads and make Nigeria better for all because I have the capacity to do things myself.

The two candidates’ promises did not quite toe the same line. While one promised continuity, the other one promised starting many things afresh.  In Nigeria, leaders hardly continue with their predecessors’ projects or programmes because they want to be identified with their own style of administration. Buhari has, however, not neglected projects started by Goodluck Jonathan. In fact, he has completed a good number of them.

The PDP campaign team led by Alhaji Atiku Abubakar had the wherewithal to mobilise large numbers of people but many in his camp had dents due to allegations of corruption. Because many Nigerians were aware of this development, they were reluctant to vote for Atiku. Many of them said, “The devil you know is better than the devil you do not know”.

Credit must be given to Buhari’s wife, Aisha, who quickly pointed out that some persons were hijacking her husband’s administration for their personal gains. This made members of the cabal to sit up and leave Buhari to say what was supposed to be said during his reelection campaign.

Protest votes were cast in favour of Buhari in the states that allegedly diverted monies meant for payment of salaries and pension as well as gratuities. In some states, government constituted several panels for staff audit, which produced reports that were either not implemented or were haphazardly implemented, thus, creating problems that were not initially intended.

Chief Olusegun Obasanjo, the former president, who had blackmailed Atiku Abubakar for being vehemently opposed to his third term bid in the past, suddenly began to drum support for Atiku’s candidature. His condemnation of Buhari’s administration on the basis of allegations of collapsed economy and lack of political will due to nepotism became monotonous, as many Nigerians began to dislike Obasanjo’s method of criticism.

As Obasanjo was drumming support for his former vice, Atiku Abubakar, the Vice President, Yemi Osinbajo, was drumming support for his boss, Buhari. Osinbajo was going round the country, especially the Southwest, distributing money to traders personally. Nothing could be more degrading but reassuring because the petty traders received money to do their businesses without interference from middlemen, who would have used obstacles like collaterals to deny them the opportunity.

The Npower programme, which had benefitted hundreds of thousands of youths across Nigeria and the money for poorest families, had impacted on some persons in some states of the federation.

Nigeria was divided along ethnic lines before the elections of 2019. The Hausa/Fulani were unanimous in supporting Buhari just like the Yoruba were backing Osinbajo, Buhari’s vice. The political equation was that many of the northern states were for Buhari while many of the western states were for Osinbanjo.

Atiku was regarded by the commoners (Talakawa) as a bourgeois, who was likely to run a government of rich Nigerians likely to draw distinct lines between them and the proletariat.

The Northcentral geopolitical zone became polarized, as Plateau, Benue, Nasarawa, Kogi, and others that suffered herdsmen attacks became sharply divided along ethnic and religious lines while the Southeast, which has never spoken with one voice became more divided with Okorocha of Imo State, taking the lead in heightening tension among the Igbo, as he neither belonged to the APC nor the PDP.

The South-south, which had worked together was almost torn apart by the sharp knife of corruption, which Buhari used to threaten them. The former governor of Akwa Idoma State, Godswill Akpabio, who was the Senate Minority Leader moved from the PDP to the APC so as to escape the sledgehammer. Akpabio tried to divide Akwa Ibom and threw a spanner in the wheels of the PDP in almost all the states in the zone.  During the elections, the South-south Zone hadn’t a united voice.

Atiku Abubakar had the capacity to sponsor elections in the zone but Uche Secondus and the governors in the zone could not put their heads together to give Atiku a bloc vote.

Atiku’s best bet was the Northeast where he has an American university but herdsmen had devastated many communities without him taking a definite stand about the way to halt the killings. Some say Atiku’s place was equally devastated but the allegation that he was of the Fulani extraction held his tale. Buhari acted as the commander-in-chief of the armed forces, so, he deployed the military to affected areas but Atiku did not rise in condemnation.

Even in Benue where he was given the title of the Shade of the Tiv (Zege Mule U Tiv), Atiku did not visit the people to console, sympathise nor show concern over the killings between 2011 an 2018. If he had done so, Benue would have given him bloc votes, considering the struggle by Governor Ortom to keep Benue safe for agriculture and other businesses.

The impression that Nigeria needed to be totally cleansed with brooms so as to bring it back on track had sunk into the medulla oblongata of most of the citizens. The APC, in its wisdom, erected a broom at the centre of Abuja, the nation’s capital to show that the Federal Government was ready to sweep the entire country clean. Some, people made jest of the broom symbol but it recorded a message in the brain of the people that saw it. The impression was that Nigeria had gone the way of the APC. If the PDP was worried enough, it would have erected the symbol of the umbrella in another part of the nation’s capital, Abuja, or printed its symbol or manufactured many umbrellas for distribution to prospective voters but the umbrellas would be costlier than the brooms, which could have the capacity to sweep the umbrellas away, especially the strong brooms made in the core North.

Anywhere Atiku went before the presidential élection, some persons alleged that he was lobbying with money, especially when he went to the United States of America.

.Agbo is a public affairs analyst. He wrote  from Abuja.

Why couples should fight