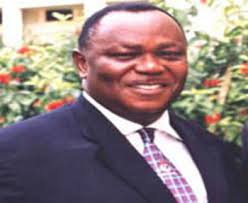 Aremu made the assertion at the Nigerian Association of Chambers of Commerce, Industry, Mines and Agriculture (NACCIMA)/Deloitte AfCFTA Dialogue series on Tuesday in Lagos.

He said: “Recognising that dumping, subsidisation and import surges, whether originating from the continent or a third country, can adversely affect more than one member/or partner state within the continent`.

“There are provisions in the AfCFTA treaty to ensure member/or partner states to cooperate in the detection and investigation of dumping or subsidisation or sudden import surges, and in the imposition of appropriate measures to curb such practices.”

Aremu, who is a Professor of International Economic Relations, Covenant University, Ota, said that the beneficiaries of the AfCFTA were investors and traders who move goods across borders.

He said that the opportunities remain potential until a rule-based governance and structure were established across member states.

Aremu said that to utilise the opportunities of AfCFTA, member states were expected to develop strategy that identifies key trade opportunities, current constraints and steps to leverage the African market.

Also, Mr. Francis Anatogu, Secretary, Presidential Committee on Impact and Readiness Assessment on AfCFTA, said that findings from AfCFTA impact assessment on Nigeria’s economy show that 35 priority products had been identified across its development plans.

Anatogu said: “18 of the 35 products are exported by Nigeria and have a demand of 122.7 billion dollars in Africa.

Anatogu said that Nigeria’s service sector was only able to address four per cent of Africa’s 121 billion dollars market.

He said that the private sector’s role in AfCFTA implementation was to leverage AfCFTA to drive value, increase advocacy and stakeholders engagements to galvanise the business environment.

According to him, others are: grow research and intelligence capabilities and strong partnerships with the government.

Earlier, Amb. Ayoola Olukanni, the Director-General, NACCIMA, said that the dialogue session was to sensitise and address uncertainty of stakeholders in the private sector on how AfCFTA would impact on lives and the economy.

Olukanni said that AfCFTA was a potential economic game changer for Nigeria, adding that the private sector needs to reposition itself to benefit from it.

The News Agency of Nigeria (NAN) reports that AfCFTA is a trade deal designed to drop barriers to intra-African trade.

It seeks to connect 54 African nations with 1.3 billion consumers and create a single 3.4 billion dollars market.

President Muhammadu Buhari had on July 7 signed the AfCFTA treaty at the 12th Extraordinary Session of the African Union Heads of State in Niamey, Republic of Niger.

AfCFTA Agreement, which creates a single market for goods, services and movement of persons to increase intra-African trade and deepen African economic integration, has Phase I and Phase II negotiations.

These were adopted by the African Union Heads of State in Kigali on March 21, 2018, while the Phase II negotiations are expected to commence in January 2020 and will cover competition, investment and intellectual property rights.

Following Nigeria’s signing of the Agreement, it plans to participate in the ongoing negotiations on the annexures of Phase I agreement and protocols to incorporate safeguards approved by the President for the economy.

Others are: security and customs cooperation and other measures to tackle smuggling, non-tariff barriers to trade and predatory trade practices.