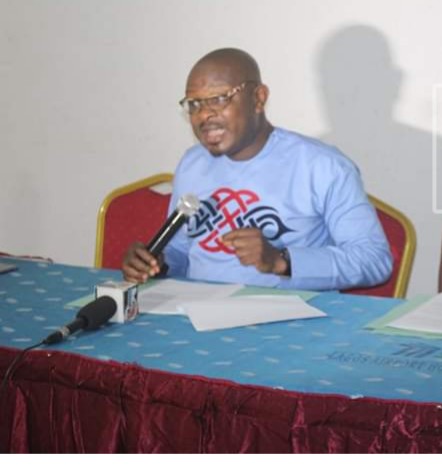 Families allege use of police, EFCC to intimidate, forcefully take over 31.599 acres

Two families in Maaba town, in the Obafemi Owode Local Government Area of Ogun State have accused the Incorporated Trustees of the Deeper Christian Life Ministry, of allegedly using the police to perfect a plot to take over their lands, measuring 31.599 acres.

The families simply identified as Jakayinfa and Ajishefini, claimed that the church, through her representatives, Franklyln Osezua, had appeared in 2019, alleging ownership of the large expanse of land.

According to the families, who said that they sold 30.1 acres of the land only to Remmy Sunny Nigeria Limited, in 2000, there was no document or receipt to proof that the church bought the land at any time.

Spokesperson for both families, Akeem Jakayinfa, revealed that with approval from Remmy Sunny Nigeria Limited, they had lived and farmed on the large expanse of land for many years, pending when the company would start developing the property.

He stated, however, that they were shocked when in 2019, Osezua, acting on the church’s order, stormed the community with policemen from Zonal Monitoring Unit (ZMU), Zone 2 Police Command, Onikan Lagos State, to take over the land.

Jakayinfa alleged that despite a judgement by the High Court of Abeokuta delivered by Hon. Justice Rotimi Balogun, in 2019, prohibiting any of the parties from harassing the other, the church had continued same.

He further alleged that the church had continued to use police operatives and detectives from the Economic and Financial Crimes Commission (EFCC) to harass, arrest and intimidate the families and community heads.

He said the church had even written a petition to the Force Criminal Investigation Department (FCID), Area 10, Federal Capital Territory (FCT), Abuja, where one Funmi Eghuaje, a Deputy Superintendent of Police(DSP), assigned to investigate the matter, had invited some members of the families, including the Baale, Chief Jimoh Akinrinola, for questioning.

The families’ representatives said that they had written a counter petition, asking that the case be transferred to FCIID Annex, Alagbon, in Lagos State, following their suspicion that the Eghuaje-led police team had compromised.

He said that they were shocked when recently, while they awaited an invitation from FCID annex, the families were served a court invitation for June 24, 2020, based on Eghuaje’s supposed investigation.

Pained by the turnout of things, Jakayinfa said he wondered why the church was dragging the families over the land they inherited from their progenitors, and sold as they pleased.

He said, “We did not sell our lands to Deeper Life Bible Church, and I don’t even know them. It was my late father and his brother,  that sold a large portion of that land to Remmy Sunny Nigeria Limited in 2000. Since then, the company made my father a caretaker of the property. We planted casava there and other produce.

“But years after the land was sold, the Redeemed Christian Church of God (RCCG),  came trespassing on our land.

“We went to court, and later settled out of court. We were, however, surprised when the police invited us, saying that the church is claiming ownership of the land.

“Policemen from Zone 2 Police Command came and even arrested me and a few others.

“They charged us to court and the judge, in his ruling, said they should not disturb us. I don’t know what they still want from us.”

Lukman who corroborated Jakayinfa’s story, maintained he had all the documents making his company the legitimate owner of 30.1 acres of the land.

He said: “I bought 30.1acres of land from the families in year 2000. Then, there was no road, no layout. RCCG came, met with the family and created a road from the camp to the expressway, and that made my land to be on both sides of the road.

“The family took RCCG to court, wanting to know why their land was used as road without their consent.

“We came that period to develop the property, but we were stopped because the case was in court. They settled out of court, and N15million was paid to the family by RCCG.

“It was shortly after the settlement that the Deeper Life Bible Church came claiming ownership of the land.

“I was told that the Baale, who also own two plots of land there, was working there when Osezua came with some persons, and was taking pictures of the Baale, and the land.

“The mater was reported to the police, and after a retired Deputy-Inspector General (DIG) of police called, Osezua and his cohorts were released.

“Later, I learnt that some members of the family were invited by the police at Zone 2, and  while they were there, operatives of EFCC came and arrested them.

“They spent 14 days in EFCC custody and were released after a court order. EFCC even returned to the land and mounted signboards, indicating they are still investigating ownership of the land.

“Till date, one of the family members still has his account frozen by the EFCC, an account that has only N32,000.

“The church still went on to write a petition to FCID in Abuja, my name was included in the petition.

“On getting to Abuja, I observed that the DSP handling the matter was not fair. Twelve of us involved in the matter kept going to Abuja fortnightly.

“It was both physical and  financial sapping. So we decided to do a counter petition so the mater could be transferred to FCID annex in Alagbon, Lagos for investigation.

“I was surprised that DSP Eghuaje, had about a year after, charged the case to High Court in Abeokuta.

“If the church bought a land, they should present the person they bought the land from. I have documents, receipts and agreements showing I own the land, I even took them to FCID in Abuja.

“If the church claimed they own the land, they should have presented their documents as proof of ownership, not using the police to intimidate and arrest the people.”

Baale of Maba town, in his reaction to the ongoing tussle, wondered why the church included him in the court suit.

He said, “ I was made the Baale of Maba in 2013. Then, I noticed the whole community was more of bushes.

“I asked why and was told that OPIC came and told them the land was under acquisition. I asked if they had investigated and they responded in the negative.

“I them went out as the community head to investigate at the state government level.

“I discovered it was false. RCCG even took some part of our land, we fought them and the matter was settled out of court and they paid us a token.

“On this land the family came to me that they have a boundary with Agbodi village, and that they wanted to go and develop their portion, I gave them the go ahead, since I cannot stop legitimate land owners from doing as they wish with their land.

“I also had two and a half plot of land close to the area, and it was on one of those days when I was erecting a fence, that Osezua and some men came and were taking pictures of me.

“I feared for my life because I thought they were kidnapers. The matter was reported to the police.

“I was surprised when I was invited to Zone 2 police Command and later Abuja for the land dispute. I don’t know why they are dragging me into the matter. ”

The correspondent also contact Funmi Eghuaje for comment, but she said that she was not compelled to say anything on the matter.

“If they are alleging intimidation, and the matter is in court, am I a judge? What is the court meant for? Is it not the hope of the common man? My work stops as a police officer, when a case is charged to court. They should go to court to proof their case,” she said.

On the petition to transfer the case to Lagos, she said,  “Does a written petition mean approval that a case be transferred?

“If you can come to FCID Abuja, on Monday, maybe I will be able to attend to you. I cannot attend to you on phone.

“Go to court on any other thing you need to know. The matter is in High court and I am not compelled to say anything.”

A representative of the church was also contacted on the matter. The representative begged his name should not be mentioned because the case was now in court and he would not want the judge to think he had gone to the press with the matter.

“I can volunteer some facts, when I get to where I can safely talk. I just left a meeting with Osezua and others. I am driving now.”

The correspondent called again hours later to hear from him, he did not pick his calls, but later sent a message to the correspondent mobile phone number, saying: “I saw your missed call but l am yet to get approval from our Church Leadership to speak with you on the matter.

“we just rose from crucial meeting when you call and the Church is preparing press release on the issue. Thank you.”

But as at the time of filing in this report, the correspondent was yet to get the press release.

He was called again and he did not pick but sent a message that he was in church. He asked the correspondent to call Osezua.

The correspondent also sent a message to him to send Osezua’s number, but he was yet to respond as at the time of filing in this report.

Reacting to the matter, the Rule of Law and Accountability Advocacy Centre (RULAAC) condemned the alleged shoddy investigation by Eghuaje team of policemen, saying that there was no rationale for charging people to court based on a petition that was not investigated and in disregard of a court order restraining the police from further harassing the people.

Executive Director of RULAAC, Okechukwu Nwanguma, said that It was obvious that the charge is malicious and only meant to punish innocent and legitimate land owners and also chase them away from their land.

Nwanguma, in his submission said, “The Police Service Commission should investigate the matter in-depthly including the unprofessional conduct of FSP Funmi Eghuaje and the other officers acting under her instruction in respect of the malicious charges against the families.

“The Inspector-General of Police (IGP) Mohammed Adamu should examine the facts of this case and hold that the original dispute on the land is absolutely a civil dispute, which has already been decided and judgment given by a court of competent jurisdiction.

“The judgment is dated the 11th day of February, 2019 by Honorable Justice A. Rotimi Balogun.

“The church and their representatives, especially, Mr. Frankly Osezua be ordered to comply with the order of court restraining them from further trespassing, intimidating and threatening the families.”