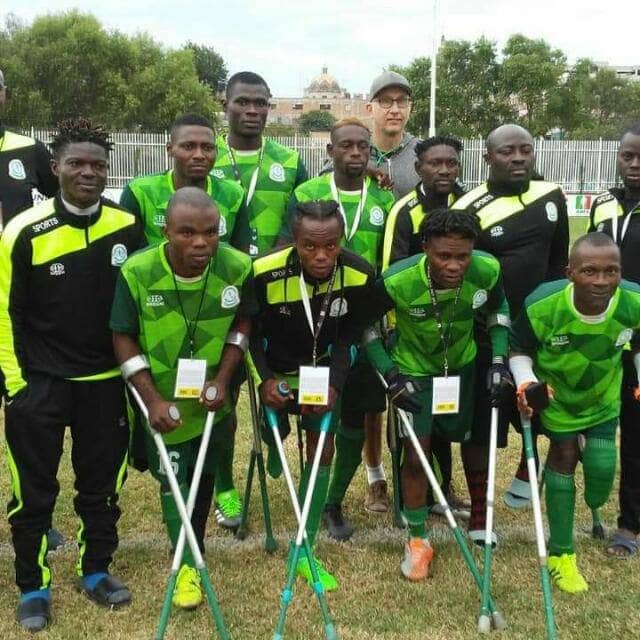 The Nigeria Amputee Football Federation (NAFF) has named 22 players for the national camp for its preparations for Cup of Africa Nation for Amputee Football (CANAF) billed for Angola in September.

Pius Asaba, Acting Technical Director of NAFF, told the News Agency of Nigeria (NAN) on Tuesday in Lagos that the players were selected from it’s national trials held in June.

“The shortlisted footballers are selected from our national open trials and there is need to make the list official for them to be aware of the outcome and stand of the federation.

“Although routine training is on in their various locations but this update is necessary as it will guide the affected footballers to channel their activities towards the tasks ahead,” he said.

He said that there was need to bring the selected amputee footballers together for the coaches to do the needful, as there would be final trials in the national camp.

The NAFF director said that the national camp had been scheduled for August in Lagos, while necessary arrangements were in progress to get the selected footballers and coaches informed early enough.

“We are going to be distributing invitations to them anytime from now, as other welfare related arrangements will also be thoroughly attended to so that they will be focused.

“We are running the national camp to prepare footballers for the last trials where the final selection will be made to get authentic players that will form the national team for CANAF,” he said.

NAN reports that the NAFF national team will feature alongside other countries in the 5th edition of CANAF holding in Angola from September 30 to November 14. (NAN)

14 dead in blast on board Russian Navy submarine