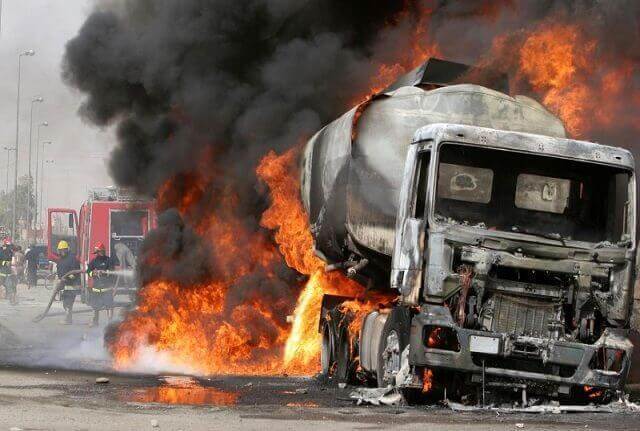 At least 30 people were feared dead while many others are said to have sustained various degrees of burns after a petrol-laden tanker exploded in Benue State.

The explosion occurred, on Monday, at Ahumbe Village in Gwer East Local Government Area of the state after the tanker fell along the Aliade–Makurdi highway.

According to eye-witnesses, the accident also affected some houses and residents around the area.

One of the men from the fire service was also reported to have been seriously burnt while attempting to put out the inferno.

While those who sustained injuries were rushed to the hospital for treatment, corpses have now been moved to the mortuary.

Meanwhile, men of the Federal Road Safety Corps and the Police were, however, deployed to clear the heavy traffic, while the bodies were moved to the mortuary and the wounded taken for treatment.