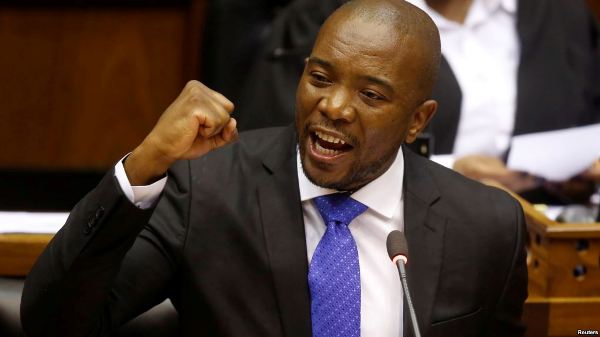 The main opposition leader Mmusi Maimane pledged to “bring change’’ in the next national polls in 2024, as the ruling party led in South African elections on Friday.

The Democratic Alliance (DA) leader gave what amounted to a concession speech, saying he was proud his party, which is placing second to the African National Congress (ANC) with some 80 per cent of votes counted had “held the centre.’’

“One day this country will enter into a post-liberation movement era, therefore I think what this election has been about has been the realignment of politics,’’ said 38-year-old Maimane.

The DA had won some 22 per cent of votes counted by Friday, two days after the Wednesday election that many observers said was the most critical since the first democratic vote in 1994.

South Africa has been reeling from almost 10 years of corruption scandals under former President Jacob Zuma, who was forced to resign in 2018 and is currently on trial.

President Cyril Ramaphosa, who replaced Zuma, has promised a “new dawn’’ for the country, with the ANC leading with almost 57 per cent of the vote, it appeared South Africans have chosen to believe him.

During the Zuma years, the ANC saw a drop in popularity, losing two key cities; Johannesburg and Cape Town to the DA in local elections in 2016.

The DA had been expected to build on those successes, but have retained about the same amount of the vote they got at the last national elections in 2014. (NAN)