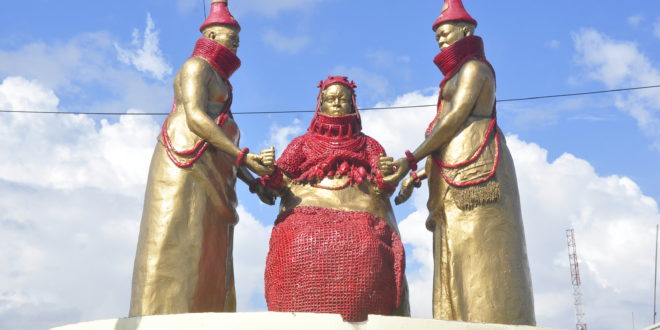 `Igun Street’, the acclaimed centre of  Benin bronze works and UNESCO World Heritage Site, has been named as the hub for the 2019 National Festival of Arts and Culture (NAFEST) .

Otunba Segun Runsewe, Director- General of National Council for Arts and Culture (NCAC), organisers of the event, stated this in an interview with News Agency of Nigeria (NAN) on Wednesday in Abuja.

According to the DG, Igun is chosen for the cultural fiesta holding from October 19 to October 26, in Benin City, because of its significance in the rich cultural heritage of the great Benin Kingdom.

Runsewe said: “We want to turn Igun Street to a festival hub, where activities will be on 24 hours throughout the Festival.

“This is a new addition to the branding of our culture, as Igun is the home of the popular Benin bronze and other artistic works.

“From the beginning of the Festival till the end, Igu Street will be full of activities as we are looking forward to a wonderful NAFEST celebration.”

Runsewe added that “the beauty of it is that the fourth anniversary of the Oba’s coronation will be celebrated then.

“So it is going to be a huge celebration in Benin as we share a lifetime experience with the whole world,’’ he said.

He commended Edo State government for offering to host the NAFEST 2019 and ensuring enabling environment for the event.

The Director-General said that NAFEST which has spanned over four decades was a unifying factor for Nigerians from different divides.

Runsewe, therefore, urge government at all levels and cultural stakeholders to support initiatives that showcases Nigerian rich cultural heritage to the world.

“NAFEST has been able to create a platform for different communities to meet among different states, singing just one song, which is the unity of Nigeria.

“It has been well accepted, particularly with the numbers of states that are ready to host it, it give a testimony that our people are ready to embrace the beauty of a united Nigeria.

“A lot of stakeholders believe so much in NAFEST as a brand that can bring people together and as a statement of people that are ready to stay together, “he said.

NAN reports that Igun Street, is coined from `Igun Eronwan’, a Benin phrase that means the place where bronze works are made.

It is one of the 31 Guilds of the Oba of Benin and it is an exclusive organisation of skilled artists and craftsmen who share common ancestral heritage.

It habours  popular Benin bronze works of the kings and queens and other notable royalties as well as other artistic motif on display at various shops.

Igun street has a gateway with the inscription, “Home of Guild of Benin Bronze Casters: World Heritage Site”, and it is also listed as one of UNESCO’s World Heritage sites in Nigeria. (NAN)