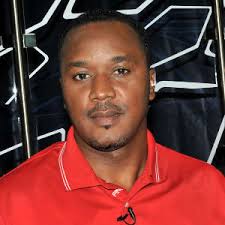 Charles Anazodo, Nigerian sports journalist and presenter, has come under heavy criticism on social media for calling out Tiwa Savage, award-winning singer, for walking past him without greeting when the duo met at a radio station.

The Supersports TV presenter took to his Twitter page on Thursday to narrate how it happened at The Beat 99.9 FM studio in Lagos.

“@TiwaSavage was a guest on @THEBEAT999FM earlier today, arrived and walked past @kallyjoe and I, and didn’t have the courtesy to say hello. I guess being a superstar gives you the right to be discourteous,” he wrote.

Tiwa, however, responded to the accusation.

The songstress wasted no time in justifying why she is unapologetic over the incident. She then wondered why the presenter could not say “hi” first.

“First of all, I’m sure you saw me rushing to the studio because I was late for my interview plus I had a hat on, secondly I’m glad I didn’t say hi because who are you to think you can’t say hi first,” she said.

The exchange continued as Charles responded to the tweet from the talented songstress.

“I’m nobody, just another human being. Cheers,” he said.

The exchange has, however, got Nigerians talking on social media platforms especially Twitter.

Quite a number of users threw flakes at the TV presenter for his sense of “entitlement”, while another group of users wondered if Charles would have made same remarks if it was “Davido, Wizkid or Burna Boy.”

“Tiwa Savage is wrong. . She should have knelt down for Charles Anazodo, ask him if he has eaten and if he needed anything. Ask him about his life problem and if he is financially okay. . She’s sorry Uncle Charles,” one user said.

“Tiwa was on radio tour in Lagos yesterday. At least I saw her post while @ CoolFM, NaijaFM & TheBeat999. We don’t even know maybe she went to other stations. Lagos where it can take you 3hours to cover 3km & become blind/cranky. But somebody must greet U 1st. YOU WILL SLEEP THERE,” another Twitter user said.

“If he tried this with Davido or Wizkid, they’ll have abused him to his 4th generation. Tiwa Savage was courteous, imagine getting upset because of greeting, at your big supersport age. Are you not ashamed? Greeting? lmao,” said another user.