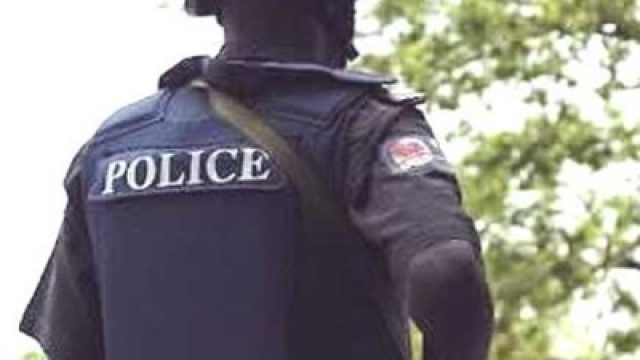 The observer, whose identity is yet-to-be ascertained, was shot in the head by the police officer stationed close to the residence of Ayogu Eze, governorship candidate of the All Progressives Congress (APC) in the state.

Spokesman of the Enugu police command, Ebere Amaraizu,  confirmed the incident to journalists.

He attributed it to “accidental discharge”.

The man was said to have had a confrontation with the policeman at a polling unit metres away from Eze’s residence.

There is palpable tension within the area following security reinforcement from the army and police.

Eze had asked his supporters to boycott the election after the Independent National Electoral Commission (INEC) declined his request for the election to be postponed.

He had asked for more time to campaign because his candidature was confirmed by the court two days ago.