FRANK TALK: The great art of hiding behind a finger

Sen. Anyim Pius Anyim, former Senate President and later, Secretary to the Government of the Federation, is not one given to frivolities.
Though he remains a chieftain of the opposition Peoples Democratic Party (PDP), Anyim is never really partisan when issues of nationhood, peace, unity and progress of Nigeria are at stake.
However, reading through his recent open letter to President Muhammadu Buhari, on insecurity and the general state of the nation, one could decipher the obvious pains of a statesman struggling to discuss a matter of urgent national importance, without being accused of partisanship. That is the sorry pass at which we find our country today: any call on the Federal Government to either wake up from its seeming slumber, or to do things differently, is instantly interpreted to mean pursuing a PDP agenda.

READ ALSO: https://www.thexpressng.com/2021/05/05/protest-rocks-enugu-over-fr-mbakas-disappearance/
Under a different or more liberal environment, Anyim would have said what needed to be said, without going the long route of dancing around the issues, and revisiting the Willinks Commission of 1957.
The former SGF had hit the nail on the head about the burgeoning unrests, nationality agitations, banditry, kidnapping, general insecurity and insurgency, when he submitted thus: “Military actions or even foreign help alone cannot bring permanent solutions to ethnic conflicts or nationality agitations. Mr. President, you need to create a platform to hear Nigerians out.” 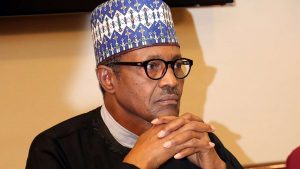 So, how would the President hear Nigerians out. The dishonest and cheeky ones amongst us would say that’s why we have the National Assembly. But then, isn’t the National Assembly part of the problem?
Now, being part of a Goodluck Jonathan administration that organised a national conference, which the then opposition All Progressives Congress, APC (that was calling for restructuring, true federalism and all), curiously refused to attend, and the recommendations of which it has vowed not to implement, Anyim must have since discovered that National Conference and restructuring are a no-go area for the Buhari group. The legendary body language of the President, and even utterances of his henchmen, have made that very clear.

READ ALSO: https://www.thexpressng.com/2021/05/04/48000-lagosians-benefitted-from-poverty-alleviation-programs-in-2-yrs-commissioner/
But, knowing that there is no way Nigeria can move forward without the President listening to other Nigerians from all parts of the country, and who are not necessarily in his preferred cirle of friends and aides, Anyim had to evoke a new nomenclature: Commission of Enquiry, on minority rights.
Luckily, the former SGF intelligently navigated all the traps, coming up with a recommendation that will not only not hurt any egos, but also provide a lasting solution to the skirmishes now threatening the continued existence of our dear country.
Of course, the Presidency cannot fall back on the now-familiar template of responding to such letters – like they do to Obasanjo’s letters.
Nobody will come out to tell us that Anyim has unlimited access to the President and could have gone to speak with him privately,  instead of an open letter. For according to the former Senate President, that avenue was explored as far back as 2018. And Anyim, after the meeting, submitted a letter containing his recommendations, as PMB had requested. Even though it was submitted to his then Chief of Staff, the late Malam Abba Kyari, it would seem that letter probably never got to the President.
I think, believing that earlier letter never got to PMB is a more flattering assumption than saying the President refused to act on it.
And now that a revised and improved version of the letter is now in the open, will the president act? Time will tell.
But while we wait on the President, we should not lose sight about another thing Anyim said: “Every violent agitation originates from a non-violent agitation that was not attended to… Boko Haram started as a non-violent procession”.
But if the former SGF was bold enough to put the blame, and the solution too, at the doorstep of President Buhari (albeit tactically), where it should really lie, others have not been so honest.
What we see, as a result, is that we identify a problem, the responsibility for which should be the president’s, but we find a way to absolve PMB of any blame, and, instead, blame someone else for not fixing a presidential problem.