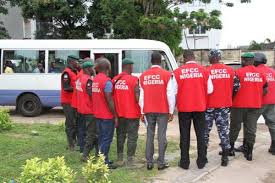 Public Relations Officer of the Commission, in the state, Mr. Ayodele Babalola, made the disclosure in a statement, on Wednesday, in Ilorin.

He said that the suspects, mostly students, were arrested in Ilorin.

According to him, “The suspects, who are mostly students, were arrested at different locations within Ilorin, following actionable intelligence earlier received on their criminal activities.

The suspects are currently being screened to establish their culpability, and would be arraigned as soon as investigations are concluded,” the spokesman said.

FRANK TALK: The great art of hiding behind a finger