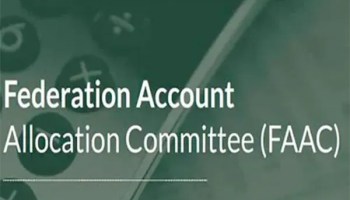 The federal and state governments have resolved disagreement over the deductions from the Federation Account for payment of consultants for the Paris Club Refund.

Recall that FAAC meeting, last Friday, had ended in a deadlock as governors rejected their September allocation until the disagreement is resolved.

But, on Thursday, this week, the federal and state governments agreed to the suspension of the deduction of $418 million Paris Club pending the determination of court cases on the issue.

As a result, the federal, states and local governments shared N739. 965 billion as federation revenue, which was earned in the month of September.

In September 2021, N126.272 billion was the total deductions for cost of collection, statutory transfers, savings and refunds.

The sum of N54.206 billion was shared to the relevant States as 13% derivation revenue.

The distributable Statutory Revenue of N577.765 billion was available for the month.

The sum of N53.831billion was given to the oil producing states as 13% derivation revenue.

This was lower than the N178.509 billion available in the month of August by N7.659billion.

The sum of N4.920 billion allocation to NEDC and N6.834 billion cost of revenue collection were deducted from the N170.850 billion gross VAT revenue, resulting in the distributable VAT revenue of N159.096billion.

According to the communiqué, in the month of September 2021, Petroleum Profit Tax (PPT), Oil and Gas Royalties and Excise Duty increased significantly, while Companies Income Tax (CIT), VAT and Import Duty decreased marginally.

It was gathered that the federal government rescinded its earlier decision to deduct the controversial $418 million from the funds from states and local governments’ allocation in order to pay consultants who claimed that they assisted the two tiers of government in securing Paris Club over-deductions from the Federal Government.

Sources at Thursday’s FAAC meeting revealed that the decision to suspend the deductions was to avoid a delay in the sharing of the monthly revenue which could lead to the failure of the three tiers of government in meeting their financial obligations, including the payment of workers’ salaries.

It was learnt that last week’s meeting had agreed on all indices and sharing concluded but for the issue of the deductions from the allocations of the states and the LGs, which brought the stalemate.