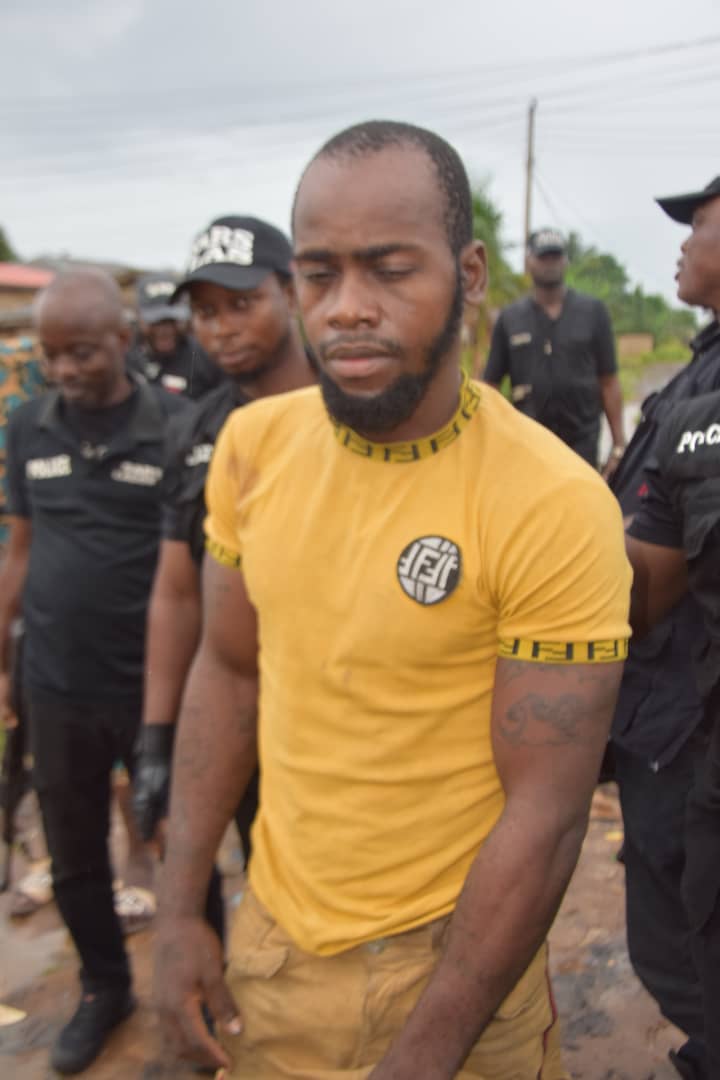 Four dead bodies were, on Thursday, exhumed from a septic tank at a kidnappers den in Ikorodu area of Lagos State.

The corpse, which were exhumed for autopsy, were said to be that of two bureau de change operators and two cultists, killed by the kidnappers.

Investigations into how the Bureau de Change operators, Alhaji Yakubu Musa and Alhaji Hassan Umaru were killed, revealed that they were tricked into believing a business deal the suspects had offered them.

The suspected kidnappers had, on March 14, 2019, at 5:30pm, invited the Bureau de Change operators to sell $10,000, they claimed a relation had returned from the USA with.

They had agreed to perfect the transaction at a bank, but on arrival, the kidnappers had convinced the victims to follow them to Trailer Park bus-stop, Odogunyan, where the suspects claimed the US returnee was.

Getting there, Alhaji Musa and Alhaji Umaru were led to an uncompleted building where they were abducted.

Although N1.6 million was collected as ransom to secure the releAse of the suspects, the kidnappers had still killed their victims.

Briefed on the kidnap, Commissioner of Police in Lagos State, CP Zubairu Muazu, detailed the Commander, Special Anti Robbery Squad (SARS) to carry-out an in depth  investigation into the matter with a view of rescuing the release of the victims and apprehending the suspects.

Based on the directive, operatives from SARS Ipakodo base, led by SP Godfrey Soriwei, arrested three suspects namely: Oluwatosin Olanrewaju, Mayowa Olawuni (a.k.a General) and Babatunde Idris (a.k.a Aloma), in connection with the crime.

The Police Public Relations Officer, DSP Elkana Bala, who confirmed the  exhumation of the bodies said, the two other bodies recovered were that of suspected cultists killed by the gang.

Bala said, “The suspects confessed to the commission of the crime and led operatives to their den at Ikorodu where they dumped the corpses in a septic tank.

“Four decomposed bodies were on Thursday recovered from the septic tank for autopsy.

READ ALSO: Commissioner urges Journalists to support one another

“The suspects confessed to have killed the other two rival cult members and dumped them in the septic tank before killing the two bureau de change operators.

“They are currently assisting the police in the arrest of the other fleeing members of the gang.”

Speaking further, Bala said, Investigation revealed that the suspects had at various times used the abandoned company as their den, where all their targets are killed and dumped in the septic tank.

The PPRO said Investigation is ongoing, as suspects will soon be charged to court.