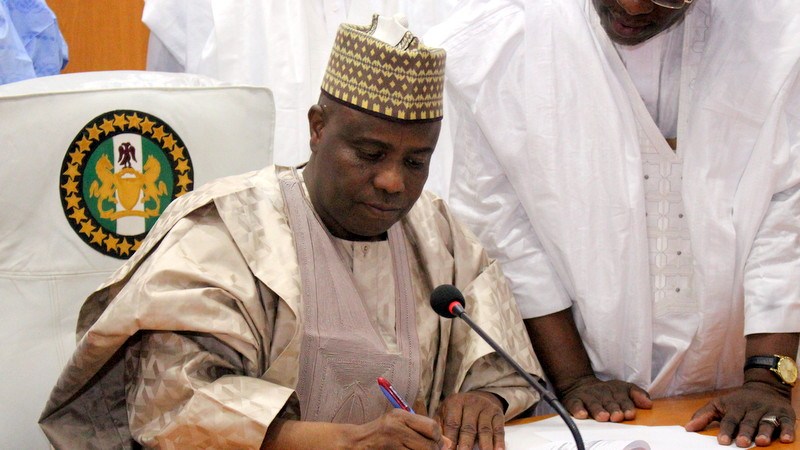 Governor Aminu Waziri Tambuwal of Sokoto State has appealed to the National Hajj Commission (NAHCON) to review the subsisting airlifting policy with a view to giving more consideration to local airliners.

The governor made the plea when he received the Chairman of NAHCON, Alhaji Zikirullah Kunle Hassan and his team at Government House, Sokoto on Thursday.

Observing that the existing policy at a point almost discouraged local airliners from operating, Governor Tambuwal suggested that NAHCON should encourage them to improve on their modus operandi by measuring up to international visa standard.

”We know there have been challenges but encourage them to do better so that we can encourage who are in that business locally to do more,” Governor Tambuwal added.

He appealed to the Commission to continue to deeply consult with other stakeholders in order to horne their expertise directed at effective service delivery and uphold the trust given to them by Mr President.

While commending NAHCON for executing some projects such as the construction of boreholes at the state’s Hajj camp and the construction of a multi-purpose hall with the aid of the Hajj development levy, he assured them that his administration will continue to cooperate with the Commission on future endeavors.

The Governor said it is a deliberate policy of his administration that it has been working to complete projects it inherited from the previous governments. “Government is a continuity. We must continue the projects we inherited and must not allow public resources to be wasted,” he further added.

On Hajj savings scheme, the governor said it is a very commendable initiative and prayed to Allah to reward the Commission on it, adding that the scheme is one of the easiest way people can save and pay for Hajj.

On the Commission’s proposal to set up a Hajj Training Institute, the governor said it is a welcome development so that Nigerian Muslims- intending pilgrims and business people will be properly trained and have advanced expertise in handling pilgrims and Hajj issues. “This is a way of making our Hajj process in Nigeria to conform with those of other places in the world.

While congratulating Alhaji Hassan for his well deserved appointment by president Muhammadu Buhari, he said he has confidence that God will make it easier for the new Chairman and his team to improve and consolidate on the ideals and objectives guiding the setting up of NAHCON.

Earlier in his address, the Chairman of NAHCON, Alhaji Hassan, said they were in the state to pay courtesy visit on the Governor and also to inspect some of the projects being executed in the state by the commission.

He informed the governor of the commission’s desire to move the Hajj commission forward, saying that the commission has introduced Hajj saving scheme in conjuction with state pilgrims agencies so that people can plan their payment on Hajj exercise with ease.

Mr Kunle also said the commission intends to digitalize the whole operation of the Hajj exercise.

Special Adviser Media and Publicity to the Governor