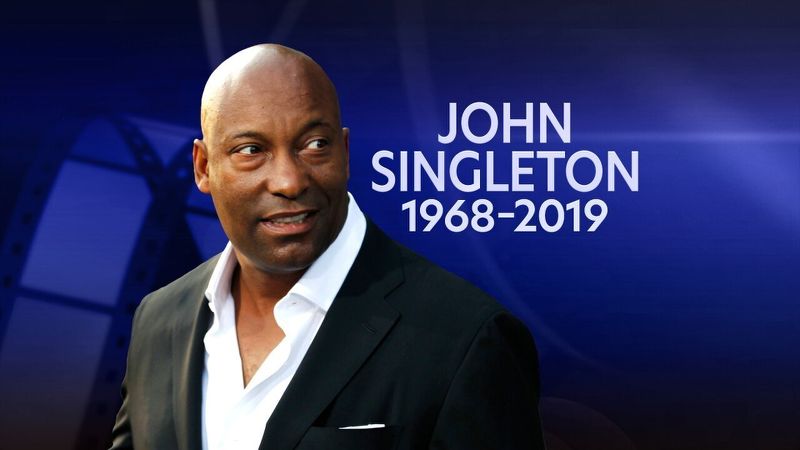 The passing away of Oscar-nominated film director, John Singleton, has left the Hollywood community in mourning.

Singleton died at 51. He suffered from a stroke.

He was best known for directing Boyz N The Hood and other prominent television shows, and was the first African American and the youngest-ever filmmaker to be nominated for an Oscar for the best director.

Popular celebrities and friends of Singleton including actors, singers and producers, have taken to social media to pay tribute to him.

Regina King, who recently won an Oscar for Best Actress and worked with Singleton on a number of films, wrote: “Rest in power, my friend. One of the greatest to ever do it. Thank you God for blessing us with this gift better known as John Singleton.

“I am having trouble finding enough words to share what you mean to me.  I will always love you, John! Your spirit will forever shine bright.”

Samuel L. Jackson wrote, “I am mourning the loss of a collaborator and true friend, John Singleton. He blazed the trail for many young filmmakers, always remaining true to who he was and where he came from. RIP brother.”

Songwriter, Tyrese Gibson, in his tribute recalled the times Singleton helped him through challenges.

He wrote, “Laying in bed, I’m confused; my soul feels drained. For the last two days, I was in the presence of my hero, a man who literally changed my life and my family’s life forever.

“Of all the people in the world, he decided to believe in me – a young impressionable, ghetto, little black boy from Watts who had hopes and dreams praying everyday that God would figure out a way to get me out of the hood.

“I woke up after crying myself to sleep with a heavy heart, yesterday; I took a shower; I got out of the shower and went back to lie down and the tears wouldn’t stop.

“I told my wife these exact words: `Baby, I know today is my last day in town and we made family plans but I need to get back to John and pray over him. I’m leaving to go back to London and I got this feeling deep in my chest, my heart is fluttering…

“Although I have complete faith in God and his miracles, I feel like he might not be here when I get back’.”

He added that Singleton  built a tribe and a fraternity of lifetime friends, colleagues and loyalty.

“ I can’t believe I’m writing these words….. Rest in love, rest in power, rest in God’s glory,” he wrote.

Actress Angela Bassett wrote,  “I met John Singleton as a recently graduated first-time writer/director embarking on his nascent film career. I will forever remember him fondly from our first meeting during the audition process.

“He exuded many things that day – awareness, openness and, above all, enthusiasm. Over the years, he never lost or left any of that behind. He provided and possessed clarity of vision that I appreciate from that day.

“He gave a voice and an opportunity to many. Count me in that grateful number.’’

Award-winning actress, Taraji P. Henson wrote, “My heart is broken. I am at a loss for words. I can’t stop crying. I will miss you  my dear friend, John Singleton.

“You gave me my first big break in #Babyboy, and  in #HustleandFlow, you believed in me when Hollywood did not get me at all.

“Throughout my career when I needed advice, it was you I called, and you answered each and every time with sound advice. You noticed my funny and comedic timing long  before Hollywood caught on,  and you named me Lucy (after Lucille Ball).

“My God! I am just broken! God bless your mom and your beautiful babies and family.”

Singer  Icecube wrote, “I was discovered by a master filmmaker by the name of John Singleton. He not only made me a movie star but made me a filmmaker.

“There are no words to express how sad I am to lose my brother, friend  and mentor.  He loved bringing the black experience to the world.”

Film producer, Tyler Perry wrote, “I cannot believe this man is gone at such a young age. He was always encouraging, supportive, and gracious to me.

“I will be calling his and his family’s name in my prayers tonight. I am heartbroken and shocked. May God add peace and rest to your ascending soul, Mr John Singleton.’’

@corybooker  wrote, “This is heartbreaking. What John Singleton did for the film canon, what he represents for Black America and what he meant to young filmmakers who came after him can’t be overstated. He’s a genius and a trailblazer who we won’t soon forget.”

@traceeellisross  wrote, “John Singleton. Thank you for your brilliance, your vision and for showing us that we can own our narratives and tell our own stories. May love and light surround his family and loved ones.” (NAN)