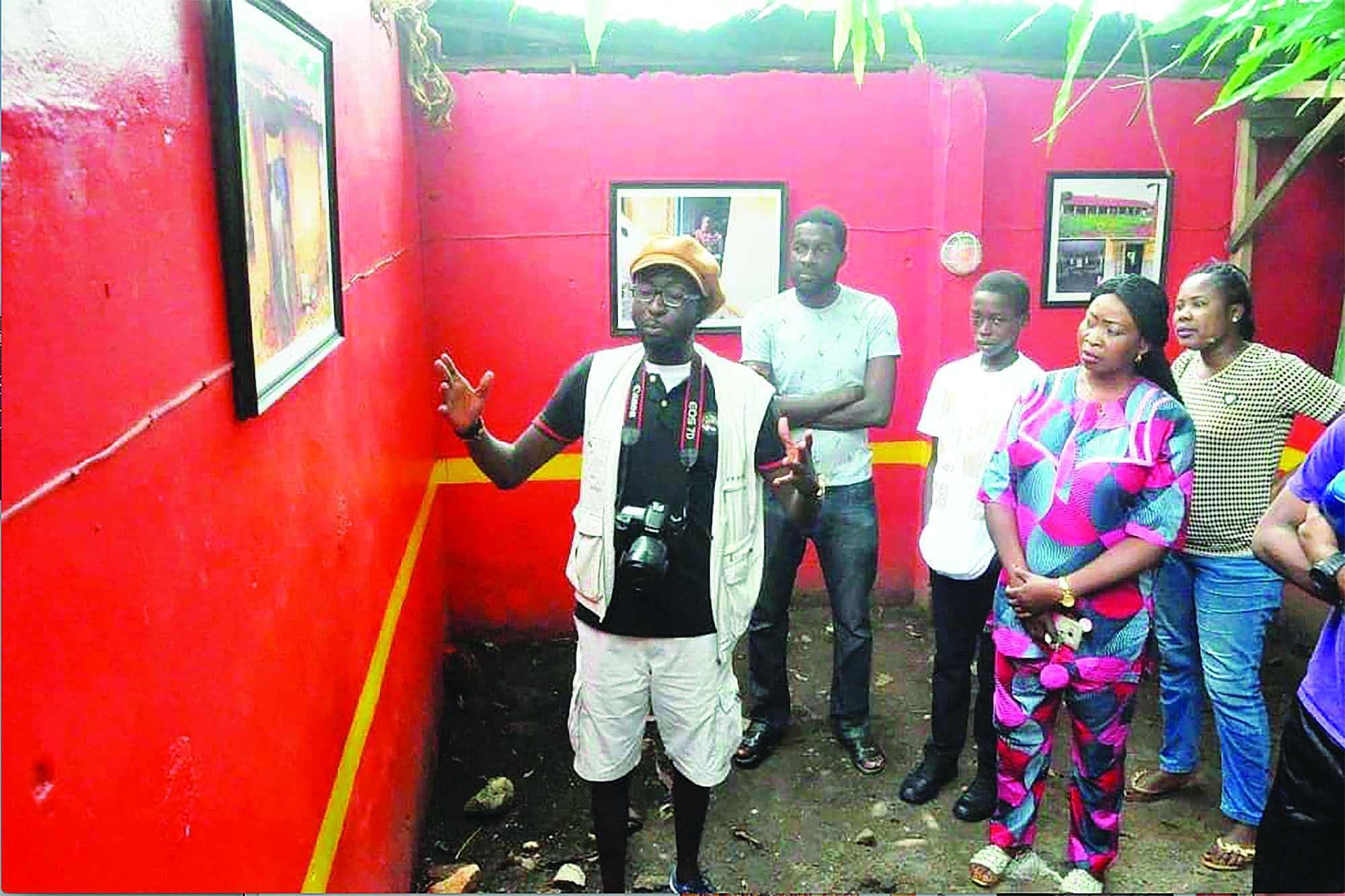 As you come into the venue, on the wall hung a picture of men in a single file, walking with the aid of clutches. They have lost their limbs. In their eyes, you could see broken dreams and there is no hope for tomorrow. The second picture is a cluster of men with grim faces lying on beds in the male ward at the Ossiomo leprosarium, in Edo State. They belong to no one in particular, but are among the millions of people who are affected with leprosy, globally.

They were once active and lived among their kith and kin. They had dreams and aspirations until fate dealt a cruel blow on them. Today, they live in total abandonment, pity and dejection. They depend on handouts from good spirited people

These were some of the images on display at a photo exhibition held recently at the Parliament Bar, Jakande Estate, Isolo, Lagos in commemoration of this year’s World Leprosy Day.  Washington Uba, a photographer and documentary artist has documented the people affected with leprosy in Nigeria for eight years. He talks about their plight with passion.

Highlighting this this year’s theme, Zero discrimination to stigmatisation, he stated that the aim of the event is to raise awareness about the disease which any people thought had been eradicated and a call to end stigmatization reiterating that people affected by leprosy should not be defined by the disease or be socially alienated.

“The global campaign to end stigmatization of people affected with leprosy is a call to make us see Leprosy sufferers as images of God and to show them love. Sufferers living in leprosy colonies are lacking in social amenities like water and, the hospitals and houses in the colonies are dilapidated.

“I am passionate to raise awareness about the disease which many people believed had been eradicated, to call to end stigmatization of the people with leprosy and, to seek redress about their living condition”. He noted that negative social attitudes prevent people with leprosy from seeking medical help and therefore, delay early diagnosis and treatments.

“That is why we are calling for an end to the stigma, prejudice and discrimination of people affected by leprosy and their families. We deploy the use of documentary photography through exhibitions to create awareness on the challenges facing people affected with leprosy. The time is now to lend your voice, too,” he advocated.

“I want the world to know about these people’s plight. A lot needs to be done to alleviate their suffering. Besides the governments, they need the support of people, NGO’s and corporate bodies. I am resolute that with our collective effort, we can help to lessen their burden.”

According to the activist, “We have a voice. We have a strong tool to fight this battle. My tool is photography and through exhibitions, I am determined to continuously create awareness on the plight and pains of these people”.  The exhibition with an interactive session was themed the “Images of God”. It was put together with support from Global Systems Resources, Midpointmall, GSR Studios and Charity Care Network.

Lending his voice, Mr. Olalekan Otun, of the Guardian Newspapers and past President of Rotary Club of Ewutuntun, District 9110 who chaired the occasion, called on good spirited individuals, corporate bodies as well as NGO’s to fund the colonies and support Washington Uba’s whose works on the people affected with leprosy is incredible.

Throwing his weight behind Washington’s project, Soibifa Dokubo, a renowned actor, noted that it is a worthy course and pledged his support in the campaign to create awareness on their plight as well as the call to end discrimination against people affected with leprosy.

The World Leprosy Day is observed on the last Sunday in January. It was chosen by French humanitarian and one of the ILEP’s founding fathers, Raul Foilereau, in 1953, because it was the third Sunday from Epiphany in the Catholic calendar. This is when the Catholic Church reads the story of the gospel when Jesus Christ meets and heals a person with leprosy while in India, the World Leprosy Day is celebrated on January, 30th every year to coincide with the death of Matmaha Ghandi who died on that day in 1948. He worked tirelessly to help those affected with the disease.

May wants more time to negotiate ‘backstop’ with EU