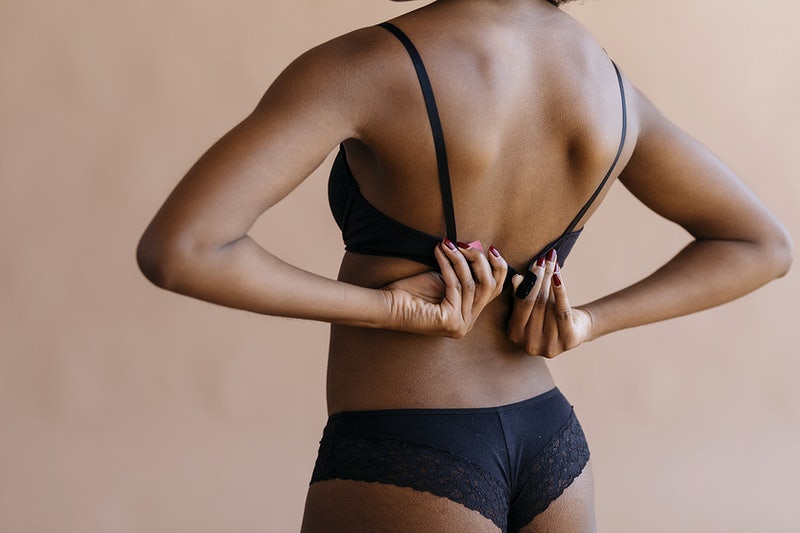 Scores of social media users, particularly Twitter, have gone braless on Wednesday, in commemoration of ‘No Bra’ day which comes up every October 13 to mark cancer awareness.

Many ladies shared photos of themselves without brasiers in honour of the occasion.

The day is observed annually on October 13 to promote breast cancer awareness.

As part of activities to mark the day, women are encouraged to go braless in order to remind people that breast cancer, though a potentially fatal disease, can be prevented and treated upon early detection.

The hashtag #NoBraDay is among the top trends for the day on Twitter, packing over 70,000 tweets at the time of this report.

The disease, as its name suggests, is cancer that forms in the cells of the breasts.

Symptoms include a lump in the breast, bloody discharge from the nipple and changes in the shape or texture of the nipple or breast. Treatment depends on the stage of cancer.

Data from the World Health Organisation (W.H.O) indicate that in 2020, there were 2.3 million women diagnosed with breast cancer and 685, 000 deaths globally.

Also, as of the end of 2020, there were 7.8 million women alive who were diagnosed with breast cancer in the past 5 years, making it the world’s most prevalent cancer. The situation has been no different in previous years as a lot of cases have been recorded.

No Bra Day used to be celebrated on July 9 of every year since 2011 but was moved to the 13th day of October which sits within Breast Cancer Awareness Month, The Sun Uk reports.

The event was adopted in the US and became a holiday known as No Bra Day in 2012.

The social media hashtag #NoBraDay resurfaces every October 13 and women share photos of them wearing no bras all over the social platforms.

Some breast cancer survivors also take the opportunity to post photos of their mastectomies or encourage others to get tested and donate to breast cancer research foundations.