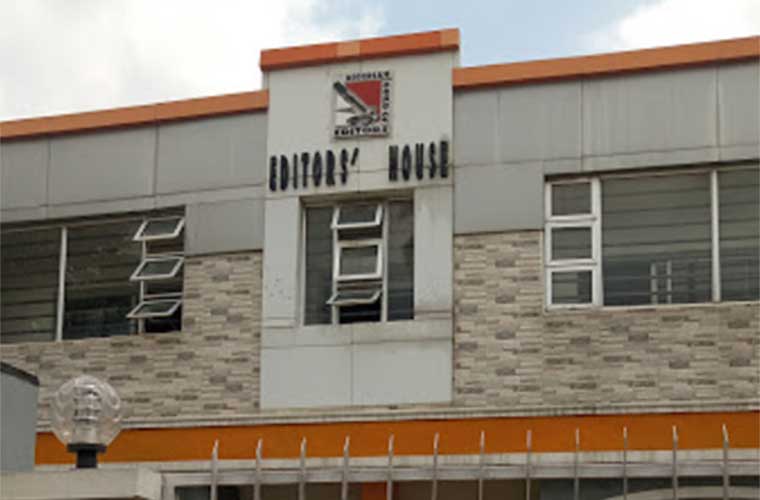 The United States of America, through its embassy in Nigeria, has given a grant of $226,889 (equivalent of about N93.3 million) to the Nigerian Guild of Editors (NGE) to boost activities that would enable the Nigerian editors to deliver on their responsibility of holding government accountable to the people.

The NGE President, Mustapha Isah and the General Secretary, Iyobosa Uwugiaren, announced the receipt of the grant in a press statement issued on Sunday.

The United States grant, according to the NGE, would be used for the training of editors and other senior journalists on democracy and press freedom.

Town hall meetings will also hold in the six geo-political zones in the country, “to provide a platform for editors to be reminded of the sacred duties they are tasked to perform by the constitution on behalf of the citizens”.

Strengthening the NGE website to meet up with the demands for news alerts on media violations, public feedback and complaints on allegations of malicious media reportage is also part of the project.

The NGE stated further that, ‘’A third component is the printing and distribution of Nigeria Journalism Code of Ethics to all journalists, including editors to popularise among editors and senior journalists the professional code of ethics that guides their profession and have these instilled in their sub-consciousness and serve as a guiding principle.

‘’The project also entails printing and distribution of the Journalism Code of Ethics, and strengthening of the NGE’s website – news alerts on media violations”.

The Nigerian editors’ leadership expressed the optimism that the United States Government gesture would help to facilitate a responsive and professional media would have the spin-off effect of keeping the government on its toes, holding government accountable to the citizens, securing the confidence and support of the citizens and the international community and advancing the democratic growth and consolidation.