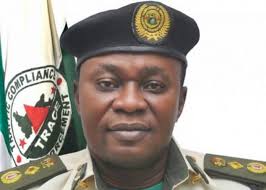 The Ogun State Traffic Compliance and Enforcement (TRACE) has intercepted a truckload of Almajiri children in Ogun State.

Spokesperson for TRACE, Babatunde Akinbiyi, said the truck was also  loaded with a consignment of assorted pepper, which was covered with tarpaulin.

However, the truck was intercepted in  Joju around Sango area of the Ado-Odo/Ota Local Government Area of the state, with 30 Almajiris.

Akinbiyi said, “What the truck was conveying came to light when TRACE operatives forced the driver to park and untie the tarpaulin.

“The Almajiris were packed together with various types of pepper, which filled the truck to the brim,” he said.

However, the TRACE spokesperson added: “The truck was turned back and led to Toll Gate from where they said they came in.”