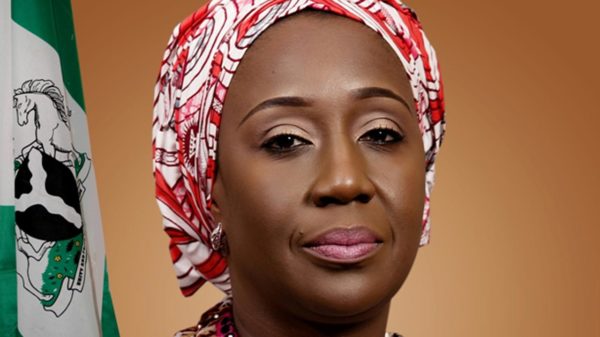 Nigeria has been elected as a member of the Communication Committee of the 63rd Session of UN Commission on the Status of Women in New York.
This was revealed by the Chair of the 63rd Conference on the Status of Women, Ms. Geraldine Byrne, on Monday at the ongoing meeting of the Commission.
The Chair said that the election of Nigeria to serve in the communication committee was in recognition of the country’s leading commitment in the struggle for the elimination of all forms of violence against women in Africa.
In a speech delivered at the Conference, on behalf of the African Union (AU), the Minister of Women Affairs and Social Development, Hajia Aisha Abubakar, said that Nigeria would never relent in the quest to make the country and indeed Africa a Gender-friendly society.
The minister, however, cautioned that Africa would not witness any meaningful social-political development until such a time that the concerns of women was put on the front burner in African nations’ policy, planning and implementation.
Abubakar said that with 66 per cent of its population being young people and 52 per cent being women, the demographic profile showed a mainly young and female population.

She added that, the captured demography showed that women and girls produced 70 per cent of food requirements.
Abubakar said that women’s active presence throughout the agriculture value chain and their contribution to the development of small livestock and its marketing could not be over emphasised.
The Minister said “it is with this dynamism that the ECOWAS Heads of States and Government are fighting against inequality, to accelerate change with a strong social impact”.
She also ceased the opportunity to commiserate with the government and people of Ethiopia over the Ethiopian air crash, which occurred on March 10. She said that President Muhammadu Buhari, sent his condolences to the UN Secretary General, Antonio Gutierres, over the demise of the members of staff of the UN in the Ethiopian air mishap.
The News Agency of Nigeria (NAN) reports that CSW is the largest annual gathering on gender equality and women’s rights.
NAN also reports that the priority theme for 2019 is: “Social protection systems, access to public services and sustainable infrastructure for gender equality and the empowerment of women and girls”. (NAN)