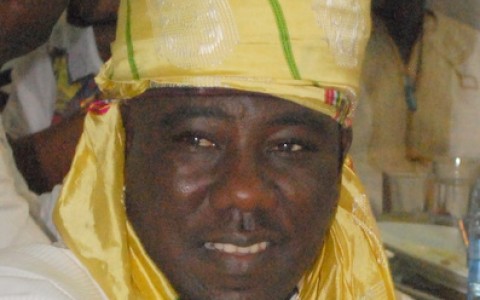 The Sarkin Fulani of Lagos State and Chairman, Association of Fulani Chiefs in the South Western axis of Nigeria, His Royal Highness, Alhaji (Dr) Mohammed Abubakar Bambado, has cautioned Benue State Governor, Samuel Ortom, against over generalisation and blanket ethnic profiling when making statement on which group of trouble makers should be declared terrorists.

Dr. Bambado was reacting in a statement Friday in Lagos over a remark credited to Governor Ortom who was reported to have called on President Muhammadu Buhari to declare the Maiyetti Allah also as a terrorist organisation.

According to the monarch, Maiyetti Allah is a respectable, responsible socio-cultural, political and economic organization with recognized businesses that are constitutionally and legally allowed to operate in any sane clime across the world, adding that, the association is also peopled with high calibre personalities of impeccable characters who have paid and still paying their dues in the socio-political and economic survival of the country and beyond.

So, grouping such an organization with bandits, to Bambado, is nothing but an act of mischief, ignorance laced with hatred, pointing out that while act of banditry cuts across ethnic tribes and those involved can be tagged as terrorists, Maiyetti Allah is a clear Fulani group and tagging its members as terrorists is nothing but pure ethnic profiling and is unacceptable.

READ ALSO: http://(OPINION) The Validity Of Lawan’s ‘Correctness’ On Harmony Between The Executive And Legislature

The monarch, who viewed the call as reckless and unguided was of the conviction that, any leader worth his salt is expected to consult widely, think deeply and weigh his utterances before pouring them out because of implication any unguarded remark from him could cause in the society, taking exception to Ortum’s call which he described as uncalled for at a time the country is passing through a volatile period.

Dr. Bambado therefore urged all well-meaning Nigerians, home and abroad to discountenance the governor’s call on the President to declare Maiyetti Allah as a terrorist group, describing the call as meaningless and unguided vituperation from an uninformed person.