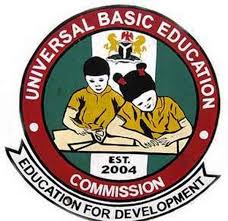 Mayowa Aleshin, the deputy director of partnership and teachers’ development at the Universal Basic Education Commission (UBEC), says it is not the responsibility of the federal government to provide basic education for Nigerians.

He made this remark on Tuesday at the anti-corruption day town-hall meeting which was held at the Shehu Musa Yar’Adua Centre in Abuja.

The meeting, which focused on improving transparency and accountability in basic education, was organised by the Shehu Musa Yar’Adua Foundation in collaboration with TheCable and MacArthur Foundation.

Aleshin said the constitution stipulates that the state and local governments are responsible for providing basic education for Nigerian children.

He said the federal government only intervenes because of the decay in the education system.

“When you talk about the primary, junior secondary and pre-primary education, those are the responsibility of the local government and state government,” he said.

“What the federal government does in this area is intervention. Federal government saw the decay in the system and felt it should not just wait but help the states and that is why it set aside some amount of money from the consolidated revenue fund to intervene in basic education”

”2% of the consolidated revenue fund goes to the implementation of the UBE programme. 50% out of that 2% is a matching grant. It is tagged matching grant because once the fund is given to the state, it needs to match it with the same amount given. 10% is set aside for capacity building of teachers, 15% is set aside for the provision of instructional material like books, 2% to provide education for children with special needs, 14% is dedicated to correct education imbalance and work with communities, 5% is tagged good performance and is given to encourage states that are doing well in education system, 2% for monitoring or projects and 2% for overhead and personnel.”

Abiose Adam, who represented Simon Kolawole, CEO of Cable Newspaper Limited, at the event, said the organisation is committed to carrying out investigations which will bring about solutions to the problems in society.

She said TheCable recently conducted investigations on 10 unity schools across five geo-political zones in the country.

She said 110 girls from schools in different states were interviewed, and the investigations showed that insufficient and contaminated water supply was a major challenge in most places of learning.

“A healthful school should be able to provide adequate safe water supply and sanitation facilities for use in schools,” she said.

She said the investigation was inspired by the incident at Queen’s College which led to the death of three schoolgirls in 2017.

In her remarks, Ifueko Omoigui-Okauru, president, Queen’s College old girls association, said the absence of transparency and accountability in many academic institutions has resulted in the loss of lives of school children.

She asked school managements to show more concern about the health of students.

Why I was vindicated at the courts, by Ihedioha