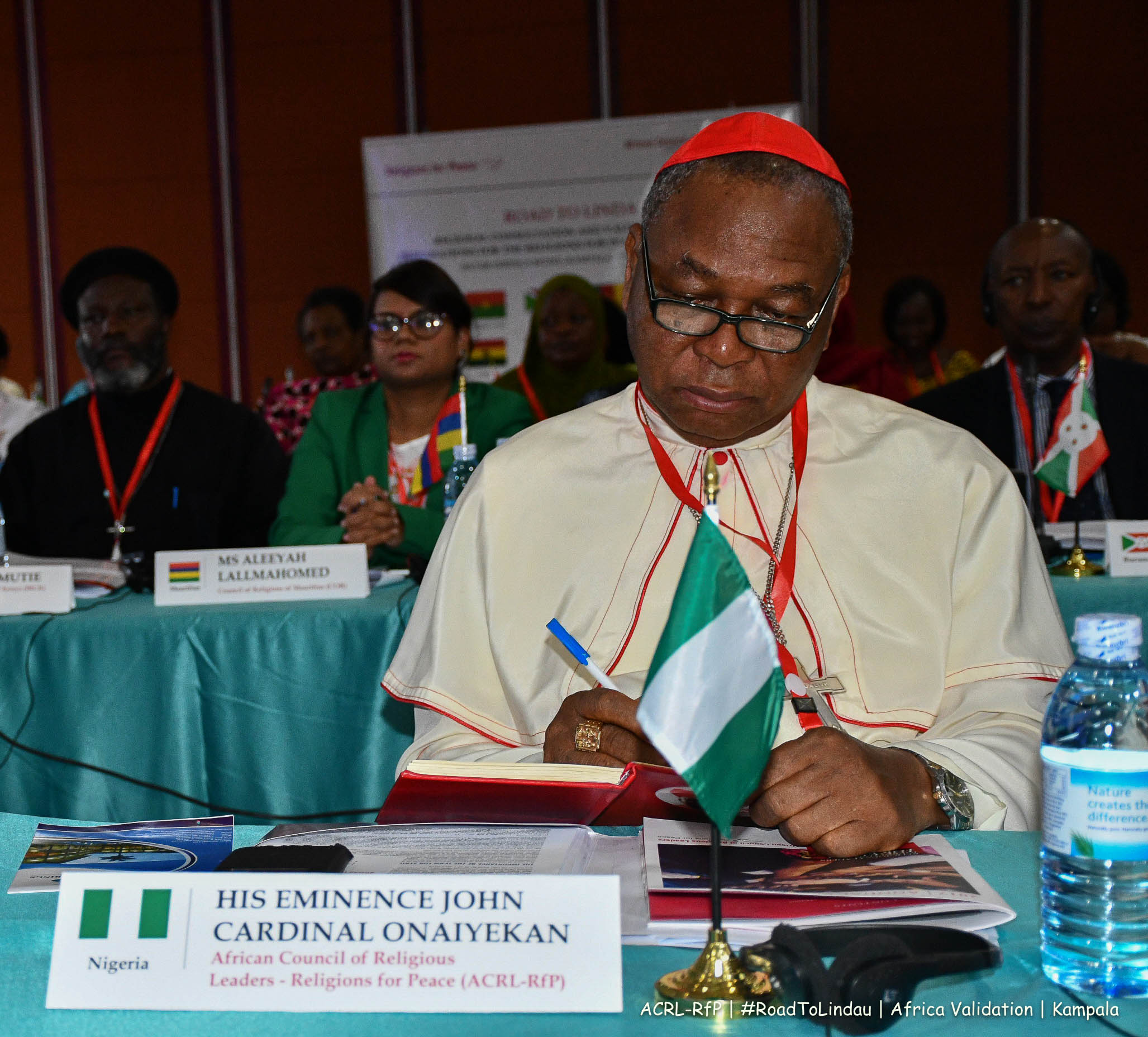 Rev. Dr. Samson Ayokunle, the President of the Christian Association of Nigeria (CAN) and John Cardinal Onaiyekan, the Catholic Archbishop of Abuja, have emerged Honorary Presidents of the Council of Religions for Peace (RfP).

Mr Samuel Kwamkur, Director, Legal and Public Affairs of CAN, disclosed this in a statement on Thursday in Jos.

According the Kwamkur, the duo were elected at the ongoing 10th World Assembly of the Council in Lindau, Germany.

The Director also said Alhaji Sa’ad Abubakar, the Sultan of Sokoto and President General, Nigeria Supreme Council for Islamic Affairs (NSCIA) is now a Co-Moderator of the organisation.

He explained that Abubakar had technically replaced Onaiyekan who had been a founding Co-Moderator of the Council.

He added that the Council also confirmed the election of Prof. Azza Karam, an experienced and erudite scholar, as its new Secretary General

“Also, a Nigerian woman and Catholic Sister, Agatha Chikelue, is also elected as woman representative of Women of Faith into the Council,” he said.

The News Agency of Nigeria (NAN) reports that religions for peace, one of the major UN recognised partner organisation for the promotion of peace in the world has been in existence for over 50 years, aimed at ensuring peaceful coexistence within and among nations.