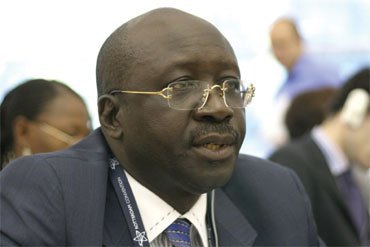 The People’s Democratic Party (PDP) in the South West geo-political zone of the country has called for the resignation of the National Chairman of the Party, Sen. Iyorchia Ayu.

Governor Seyi Makinde of Oyo State spoke on behalf of the PDP South-West region at a meeting with the Presidential candidate of the Party, Alhaji Atiku Abubakar, on Wednesday, in Ibadan, the state capital.

According to Governor Makinde, “Eight years of APC has left us sharply divided. The issue is we must practice what we preach. If we want to unify Nigeria, we must unify PDP first.

“If we want to restructure Nigeria, we must have the willingness to bring inclusivity to PDP. Do we have the capacity? The answer is resounding yes.

“The message from South West PDP is the South-West is asking that NWC of PDP should be restructured.

“We are asking the National Chairman to step down so that the South will be fully included. That is the message.”

Labour Party to security agencies: Keyamo deserves to be on terror watch-list