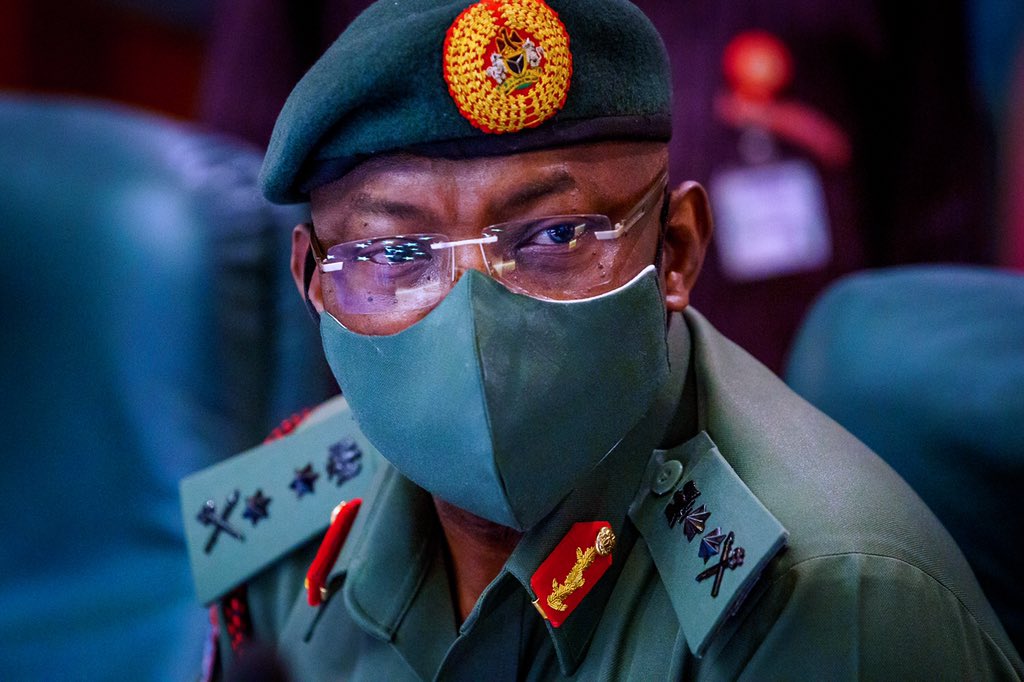 The Defence Headquarters (DHQ), in Abuja, has warned the military against engaging in mutiny or any form of revolt against constituted civil authorities.

The Defence Headquarters’ warning came on a day the Department of State Services (DSS) also alarmed of plots to destabilise the nation.

The DHQ restated that all officers and men of the military swore to an oath of allegiance to be totally loyal to the civil authority of the Federal Republic of Nigeria and protect the Constitution.

He reminded them that the oath of allegiance translates to unalloyed loyalty to the President and Commander in Chief of the Armed Forces and full subordination to the civil authorities of the Federal Republic of Nigeria.

Gen. Enenche’s statement read, “The attention of the Defence Headquarters has been drawn to a publication in one of the national newspapers (not The Nigerian Xpress), captioned ‘Nigeria Needs a Rawlings Now – NDP’.

“In this publication, the National Chairman of National Democratic Party (NDP), Chidi Chukwuanyi, said ‘the state of corruption in the country calls for the replication of the Ghanaian experience under former President Jerry Rawlings in Nigeria’.

“While the Defence Headquarters does not wish to join issues in anyway, it is instructive to observe that this unguided utterance targeted at the Nigerian Military is inciting and instigative.”

Gen. Enenche said that what Chukwuanyi was calling for was a combination of unpopular acts of insurrection and mutiny, which could not be taken for granted by the Nigerian military.

Gen. Enenche’s statement continued, “Consequently, I am directed by the high command of the Nigerian military to let the general public know and remind personnel of the Armed Forces of Nigeria that all officers and men of the Nigerian Military swore to an oath of allegiance to be totally loyal to the civil authority of the Federal Republic of Nigeria and protect the constitution.

“This translates to unalloyed loyalty to the President Commander in Chief and full subordination to the civil authorities of the Federal Republic of Nigeria.

“That all officers and men of the Armed Forces of Nigeria are to continue to abide by the constitutional provision, in Section 217 sub section 2 (c) of the 1999 constitution of the Federal Republic of Nigeria as amended, ‘to suppress insurrection and act in aid of civil authorities to restore order. Any act to the contrary is unconstitutional.

“That all officers and men of the Nigerian Military are further reminded of offences contained in Armed Forces Act CAP A 20, the laws of the Federation of Nigeria, 2004, which include among others; Mutiny in Sections 52 and 53, which if committed are punishable.”

Gen. Enenche also said that he was further directed to state clearly and unequivocally that the “military is a force that is in consonance with all global best practices and cannot be misguided by any individual or group.

“For the avoidance of doubt, the Armed Forces of Nigeria is totally loyal to the President, Commander in-Chief and fully subordinated to the civil authorities of the Federal Republic of Nigeria,” the statement said.

Also, on Monday, the DSS said it had uncovered plans by some persons and groups desirous of taking advantage of latest developments in parts of the country to destabilise it.

In a statement by the Public Relations Officer, DSS National Headquarters, Abuja, Dr. Peter Afunanya, the DSS indicated that some prominent personalities and socio-cultural groups have resorted to divisive acts through inciting statements aimed at pitting individuals, groups and ethnic nationalities against another.

Afunaya said the Service was aware of these plans and their sponsors.

According to him, “Consequently, it warns that it will no longer tolerate the orchestrations by subversive and unscrupulous elements to cause a breakdown of law and order in the country.

“In this regard, it is working assiduously with relevant authorities and sister security and law enforcement agencies to ensure that the sinister objective is not achieved.

“The Service reiterates its commitment to the internal security of Nigeria and will, within the confines of the law, decisively deal with planners of the mayhem.

“Law-abiding citizens are urged to go about their normal businesses and disregard the antics of agents of destabilisation.

“They should, however, avail the Service and related agencies with useful information about the activities of criminals and groups intent on instigating violence in the country.”