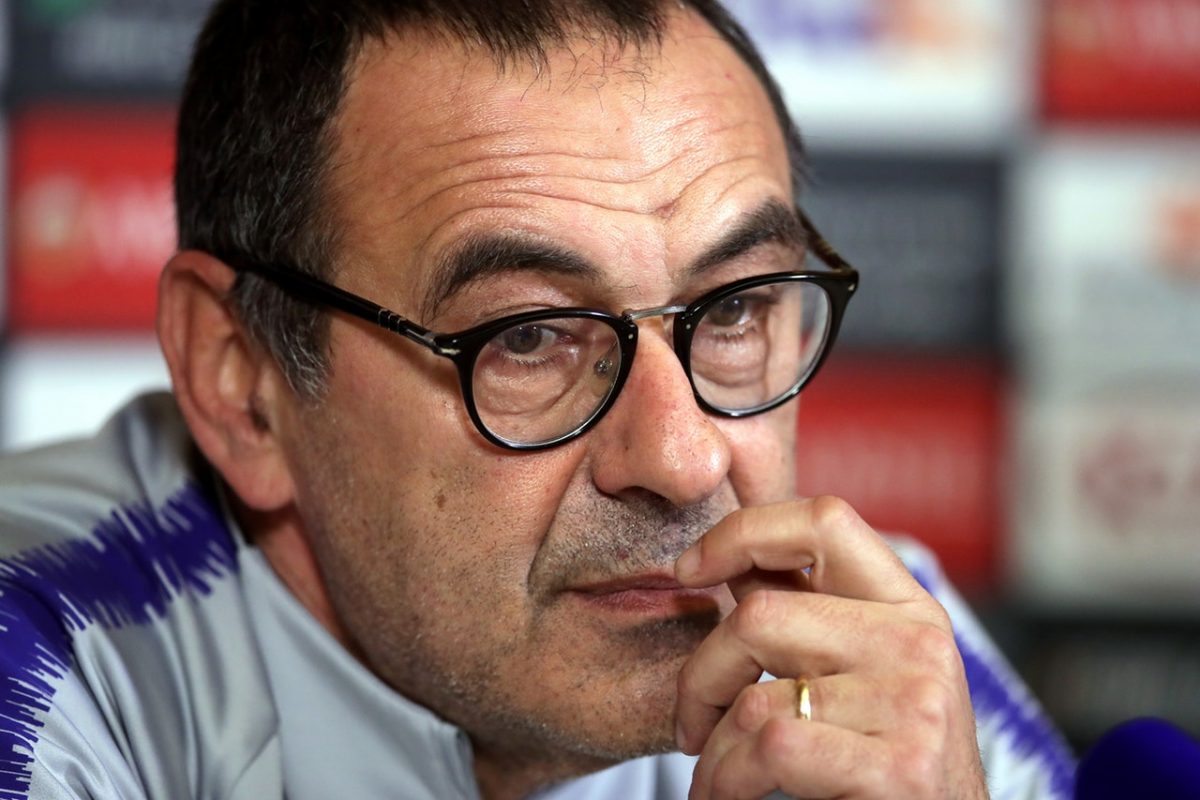 Juventus coach Maurizio Sarri, still recovering from a bout of pneumonia, could yet be passed fit to make his debut for the Turin side when they face his former club Napoli in Serie A on Saturday.

According to photographs published by Italian media on Wednesday, the 60-year-old is both back on the training ground and, possibly, smoking cigarettes again as he recovers from the illness which sidelined him earlier this month.

Sarri, who missed last week’s opening match at Parma but has been in constant touch with his players throughout, was widely reported to have watched a practice on the touchline on Wednesday.

The Corriere della Sera also published a selfie taken by a young fan standing next to Sarri who was holding a packet of cigarettes in his hand.

According to the Italian news agency ANSA, this left the club’s leadership “disappointed”.

Juventus announced on August 21 that Sarri was suffering from a bout of pneumonia and would miss the first two games of the season including the Napoli match.

However, Italy’s main sports dailies have all reported that the chain-smoking coach will be examined by doctors on Friday and could be passed fit to take charge for the game.

It would be an emotional start for Sarri who, during three seasons at Napoli, turned them into Italy’s most eye-catching side and the one most likely to end Juve’s dominance of Serie A which now stretches to eight successive titles.

Napoli have finished as runners-up to Juventus in three of the last four seasons and the fixture has become a top-of-the-table clash, adding to the north-south rivalry which has always surrounded it.

On Sarri’s last visit to Juventus in April last year, Napoli pulled off a surprise 1-0 win which re-opened the title race although Juventus still went on to win.

His appointment in June, after one year at Chelsea, was something of a surprise as he does not fit the usual profile of a Juventus coach, the club usually preferring someone with a more conservative tactical approach.

Both teams won their opening matches of the season last week with Juventus beating Parma 1-0 away and Napoli, now in their second season under Carlo Ancelotti, coming from behind to down Fiorentina 4-3.

“Sarri’s Napoli was very strong and now that he is here with us, I see how intensely he works with his teams,” said the Pole.

“I’ve been amazed by the impact he has had on the team. We are working hard, we are working well, obviously changing greatly our style of play.

“I see a great future for Sarri’s Juventus,” he added.

“He works more with the ball and the way of defending is also different, since we do it with a much higher defensive line to go and press the opponents.” (NAN)