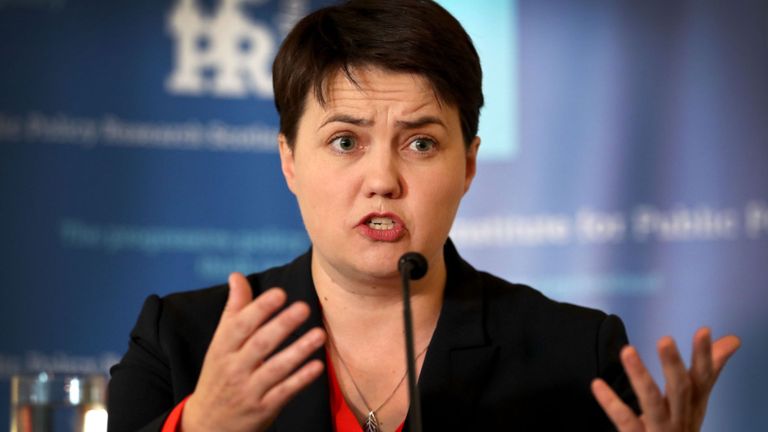 British Prime Minister, Boris Johnson, who is facing a backlash over his plans to suspend parliament, lost the leader of his party in Scotland on Thursday.
Ruth Davidson cited family reasons as the main reason for her departure, but also highlighted the “conflict” over Brexit in her resignation letter.
Davidson had been a prominent campaigner for Britain to remain in the EU, and had clashed with Johnson over the issue.
“While I have not hidden the conflict I have felt over Brexit, I have attempted to chart a course for our party which recognises and respects the referendum result, while seeking to maximize opportunities and mitigate risks for key Scottish businesses and sectors,” Davidson wrote.

READ ALSO:India approves set up of 75 new medical colleges by 2022
She cited family reasons as the “biggest change” that had caused her to reconsider her role.
“I fear that having tried to be a good leader over the years, I have proved a poor daughter, sister, partner and friend,” she wrote.
Her resignation comes amid widespread outrage at Johnson’s decision to suspend parliament.
Thousands of people took to the streets of London, Edinburgh and other large cities to protest the plan to suspend parliamentary sessions from mid-September until mid-October.
Critics have deemed it an attempt by Johnson to rob opposition lawmakers of time to block a no-deal Brexit, meaning Britain would leave the EU on October 31 without a negotiated settlement.
Johnson, who became premier in July, said the break was necessary for his government to be able to formally launch its legislative agenda for the coming year.
Commons leader Jacob Rees-Mogg, a leading Conservative eurosceptic, said that the outrage was “phoney,” and had been “created by people who don’t want us to leave the EU and are trying very hard to overturn the referendum result.”
“Parliament wasn’t going to be sitting for most of this time anyway – this is completely constitutional and proper,” Rees-Mogg said.
Parliamentary speaker, John Bercow, was one of a string of politicians to slam the plan as “unconstitutional.”

READ ALSO:LASG impounds 125 motorcycles for flouting traffic regulations
An online petition calling for the British government not to suspend parliament has gathered more than one million signatures.
The threshold an online petition has to reach in order to be debated in the House of Commons – 100,000 signatures – was surpassed just a few hours after it was set up on Wednesday.
Ireland’s Minister for European Affairs Helen McEntee said on Thursday a no-deal Brexit was “more likely” after Johnson’s move to suspend parliament.
Speaking on national broadcaster RTE’s Morning Ireland programme, McEntee said what had happened in Britain over the last three years was unprecedented.
“The only vote where there has been a majority is to avoid a no deal and yet we now have a prime minister who is suspending parliament for four to five weeks,” she said. (NAN)