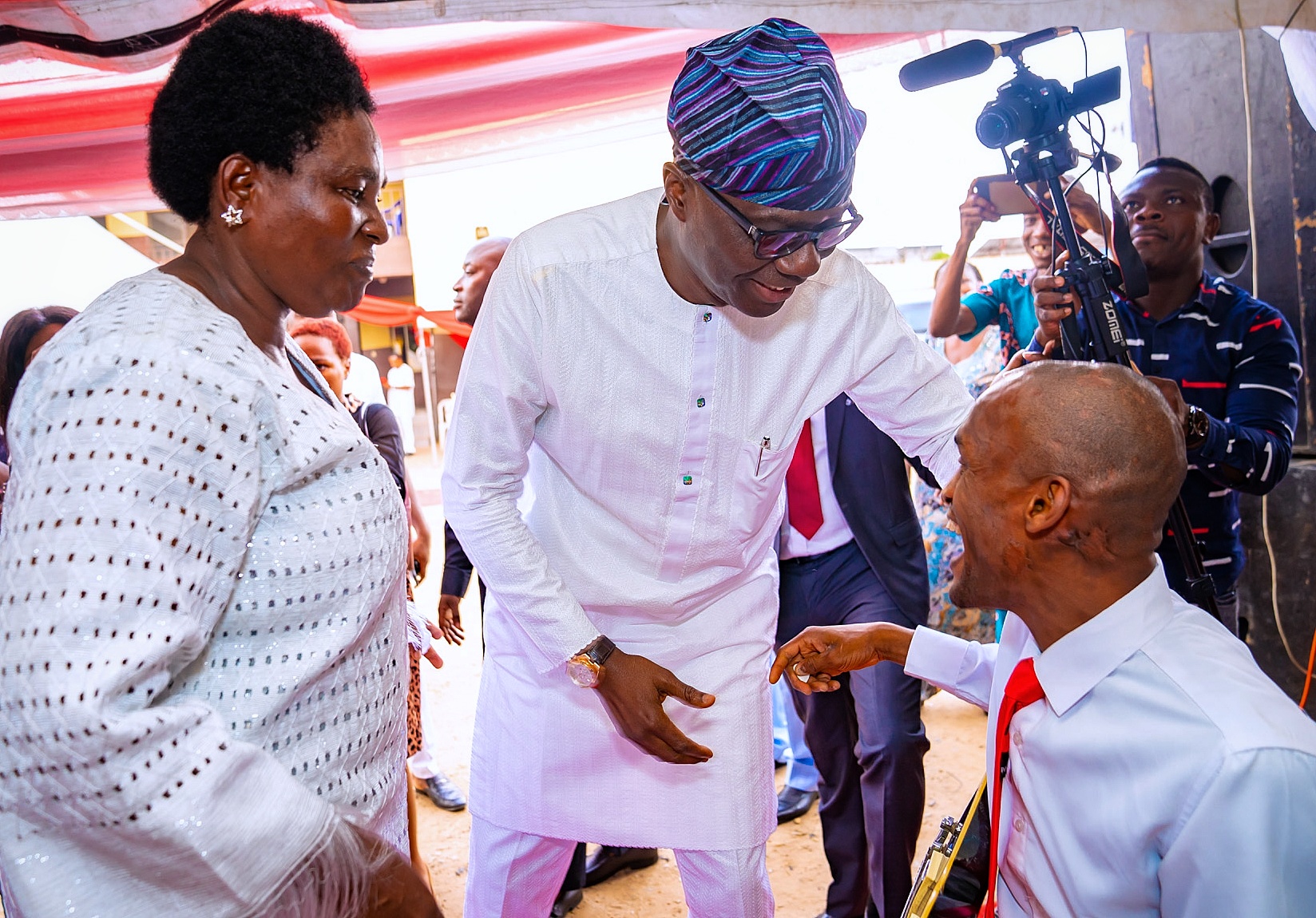 Governor Sanwo-Olu stated this at the graduation ceremony of Bethesda Home for the Blind and the grand finale of activities to mark year 2019 International Day of Persons with Disability. He said it was time Nigerian leaders like himself reminded themselves that there is ability in disability.

Sanwo-Olu said no one should see disability as liability rather “we should encourage those with one form of impairment or another to realise their full potential in life”.

He stated further that Lagos State Government would continue to collaborate with the private sector to uplift the living standard of the physically challenged citizens.

He said: “we must encourage these students to attain their full potential by ensuring that they get jobs after their studies. We must do more for them both in our individual capacity and as government. On our part, we will partner the private sector to promote employment inclusion of the visually impaired in our society. It is by doing this, that we will increase the economic base of the physically challenged as well as rid our society of miscreants in our streets.”

The Governor, after listening to a passionate speech by Mr. Ajayi Adesola Adedokun, a visually impaired lawyer, who spoke on the plight of qualified but physically challenged people while seeking employment, announced an offer of automatic employment for him. He also called for the Curriculum vitae of twenty-one others present at the event for possible job placement offer.

Adedokun had lamented the inhuman treatment they are daily subjected to while seeking employment even though they are adequately qualified for advertised positions by employers.

Adedokun, a fellow of the Nelson Mandela Washington Fellowship did his National Youth Service Corps scheme at the Lagos state Ministry of Justice in the Directorate of Public Prosecution in 2018.

Governor Sanwo-Olu also promised to issue a Certificate of Occupancy for a four plots of land donated to Bethesda Home by the Surulere Local Government for the construction of a modern building for the blind. He also pledge his support towards the take-off of the building project.

Speaking earlier, Matron of the Home, Mrs Folorunsho Alakija lamented the poor treatment of the blind in Nigeria, saying they are faced with several challenges, which hinders their progress in life.

”The major one of which is their partial or non-inclusion in the society. For example, many people still regard the blind as being next to useless, and that no form of training can help them be productive. Even though the sentiments towards the blind have improved over the years, the sense of pity is still prevalent. People may donate, or provide help for their cause, but they may not want to have a blind person in their midst.” Alakija said.

”In fact, it is still difficult to get jobs for the blind. Employers tend to believe that hiring the blind will lead to higher costs and lower profits. However, this has been proven to be untrue as we have many visually impaired people all over the world having successful careers. An example of such is our very own Cobhams Asuquo, an Internationally acclaimed artist, musician, producer, and songwriter who is the Founder/CEO of Vintage Grey Media. He has also produced award winning musicians such as ASA, Banky W, Tiwa Savage and Dare Art Alade to mention but a few.”

OPINION: Lagos and the prospect of a waste-free future