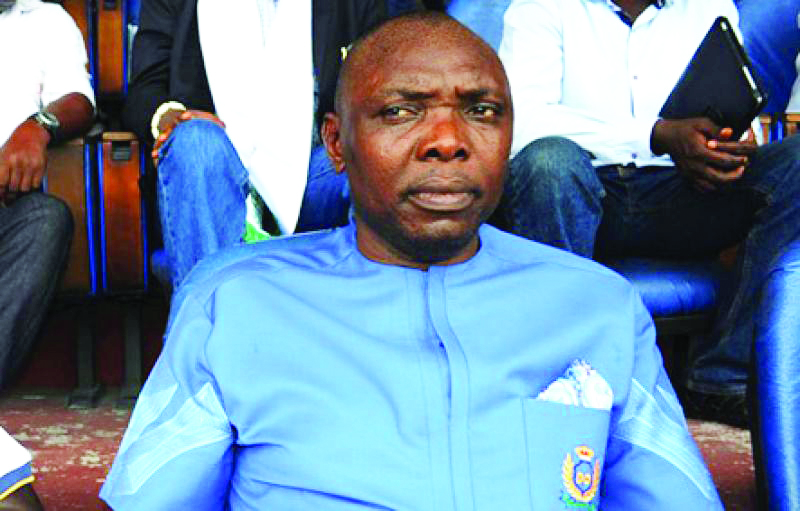 The General Manager of Rangers football club, Davidson Owumi, says he has the ambitious dream of making the club a financially viable soccer outfit that would no longer depend on government for funds.

The GM is still basking in the euphoria of a recent deal the Flying Antelopes signed with an Italian sports wear manufacturing outfit, Lotto. He said his vision is to make Rangers a billionaire club that can run like professional clubs in Europe and other parts of the developed world.

Owumi, who was nicknamed Okada Air, in his heyday with the Enugu side, said making Rangers solid financially is a task that is achievable. He insisted that the journey has started with the five-year deal it recently signed with Lotto.

Going by the Lotto deal, the Nigeria Professional Football League (NPFL) side will wear Lotto kits for the next five years.

As stipulated in the deal, Lotto will provide all the kit equipment for Rangers. There will be a surplus of jerseys for the players to exchange shirts with opponents after every game.

Lotto will also provide replica jerseys that will be put on sale to generate revenue for both parties.\

Rangers signed the deal via Desgraf & Mart’s (D&M), who are the official agents of Lotto in Nigeria.

Shedding more light on the deal, Owumi told The Nigerian Xpress Sports that Rangers are in for a financial windfall. He declared that the sponsorship is not one of the usual Nigerian deals that would see the club still going to government cap in hands, looking for money to prosecute matches and to pay players, coaches and other officials.

In his words: “Things are looking up in Rangers. We have started a journey that would change the face of Rangers financially with the deal we signed with Lotto. It is a deal that would see Rangers smiling to the bank with billions of naira. What we have done is to go into a deal in which Rangers are not settling for just peanuts. We have not told Lotto to give us any money as sponsorship fee…no. We have rather gone into a deal in which we would alongside Lotto make the money to be shared. The whole idea is to make Rangers a big brand and what we are selling is Rangers as a brand. Given the huge fan base of the club we are going to achieve this dream.”

Owumi said original Rangers replica jerseys would be available for fans of the club to buy anywhere in the world under the Lotto deal.

“We are going to open up outlets in different parts of the world where one can walk in and buy Rangers jersey. We will involve courier services in the arrangement. From Enugu to Lagos down to Kano and the United States the presence of Rangers would be felt and, of course, you know that there is no city in the world where you won’t find a Rangers supporter. The average Igbo man is a Rangers fan. The fact is that we have before now not properly packaged Rangers as a brand. We are going all out to do that now. Our vision is to see Rangers attract the best legs from within and outside Nigeria. We want to sign players and pay them very well. Players that can make the club challenge for title in Africa. If we have money, who says we can’t sign quality players that would not be in any hurry to leave for one backyard country in Europe?”

Owumi further disclosed that some financial institutions in the country have already started identifying with the club jostling to become the club’s official bankers.

“Some banks are already seeing the big picture of what we are doing and are romancing us to become our official bankers,” Owumi stated.

The former NPFL boss while decrying the fact that the nation’s domestic league (NPFL) has no sponsors today, recalled that the story was different when he was in charge insisting that the records are there for anybody to see.

“As Chairman of the league board, I got a telecommunication company to invest 3 billion naira into the league. We had a TV right that was worth 10 million dollars and all the NPFL clubs got something from the deal, yet some of us are considered as “illiterates” when it comes to marketing. Today, we have the so called marketing gurus in charge out there in Abuja and nothing is happening. We have decided to take the bull by the horn in Rangers and take our destiny in our hands marketing wise,” Owumi said.

Rangers it would be noted are flying the country’s flag in this year’s CAF Confederations Cup. The Flying Antelopes now being tutored by a former player, Benedict Surugede Ugwu, managed to limp past Pelican FC of Gabon 4-3 on aggregate in the first round of the competition.