Police arrest suspect in the murder of 50-year-old accountant, mistress in Lagos

Wife of the deceased killed them -Suspect insists 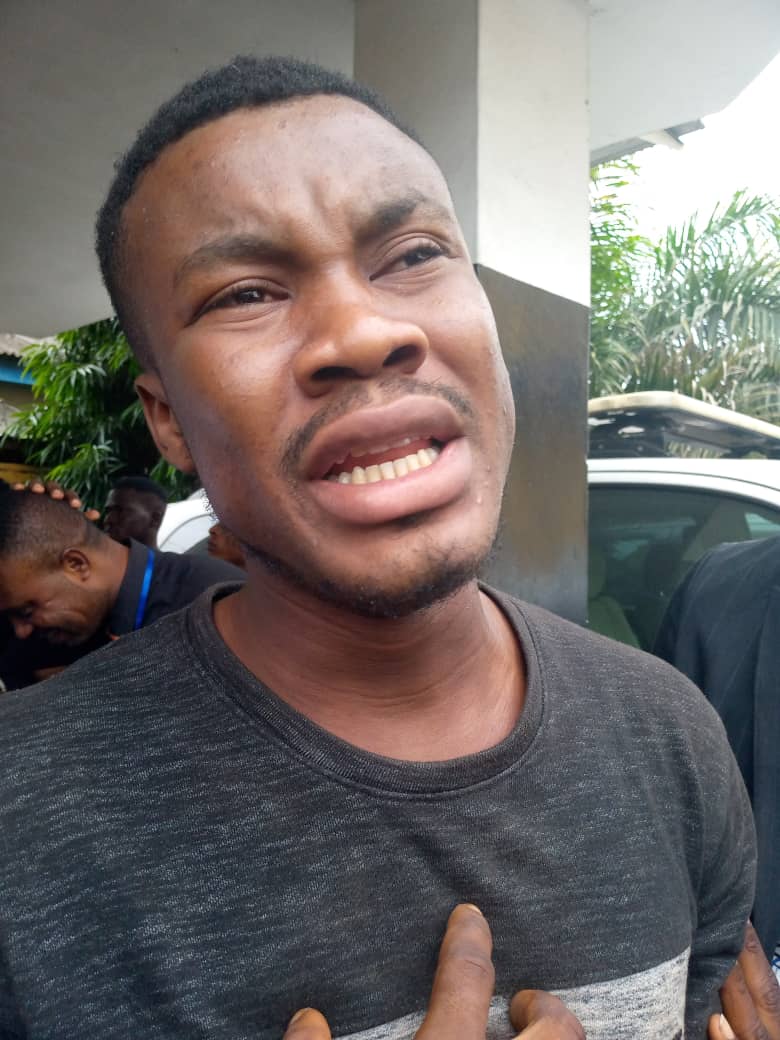 Suspect who was arrested for the murder of a 50-year-old accountant, Rasaki Balogun, who was found dead with his mistress, Muyibat Alabi, at his house on No. 16 Taiwo Oke Street, Victory Estate,  Ejigbo in Lagos, has revealed that the wife of the deceased, Akorede Balogun, was responsible for the murder of the duo.

The 25-year-old suspect, Oguegbu Promise told Journalists on Tuesday that Mrs. Balogun had forcefully poured a liquid substance suspected to be poisonous into the mouth of the deceased persons.
Promise a South-Korea returnee, and a tenant of the late Balogun, revealed that he was an eyewitness to the said murder perpetrated by Mrs. Balogun and another man.
He said the wife of the deceased had begged him not to expose her and had in the process handed him the key to her husband’s car as bribe.
The suspect was paraded by the Lagos Commissioner of Police, CP Zubairu Muazu at the State Criminal Investigation and Intelligence Department (SCIID), Panti, Yaba.
READ ALSO: Residents foil fresh oil pipeline fire at Ijegun
Making confessional statement, the Imo-born Promise said, “ I am a returnee from South Korea but was yet to be granted a visa back, when the incident happened on June 18. On that day, my landlord’s wife came around, she called me to come and assist her with something.
“ I asked her what it was and  she said I should join her in the main building which i did. I saw a tall huge man in the sitting room, the man ordered me to tie the landlord’s girlfriend hand. My landlord and his girlfriend were shouting for help, but there was nothing I could do. I was also afraid for my own life.
Related Posts

“ I did not kill my landlord, it was my landlord’s wife that poured  something in the man and her girlfriend’s mouth. I was the one that saw her putting it.
“ Mrs. Balogun gave me her husband’s car key, and said I should be quiet and not expose her. Why I did not report to the police was because I was scared.”
READ ALSO: Police arrest 40 members of El-Zakzakky Islamic movement over violent protest in Abuja
Giving further details, Promise said although Mrs. Balogun and the said man who was an accomplice in the crime were arrested by the police, their whereabouts is unknown to him as he has not set his eyes on them for some days now.
“ They arrested the woman and I don’t know where she is now even the other guy that was with him was also arrested, I don’t know where they took them to. I am not the one to be carrying their cross, they are not innocent of this crime. The police should also bring them to answer to the crime.”
Recall that the Lagos State Police Command had issued a statement on the death of the deceased persons saying they were found dead in the named address.
The police stated that it was the wife of the late Balogun, an accountant that had brought the incident to the knowledge of the police.
It was also reported that Mrs. Balogun lives on No. 2 Igbehindun Estate, New Heaven, Iba, while her late husband lived on the mentioned address.

BAYELSA GUBER: Race open to all members of Restoration Team