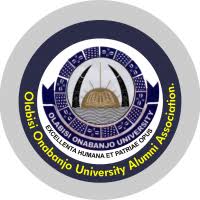 Dr Afolake Mobolaji, a member of the executive council of the chapter, comprising United States of America, Mexico and Canada, donated the items at the OOU main campus in Ago-Iwoye.

She stated that the chapter would soon raise funds to undertake some physical projects for the benefit of the students and staffers of the university.

Mobolaji, a 1988 Political Science graduate of the university, said that other campuses of the institution would benefit from the intervention of her association.

“I am so happy to be back. The alumni in North America were able to raise funds so that we can get these items for the school and our target was to get them down here before our reunion.

“This is because we wanted to do something impactful so that we can encourage other alumni to join us.

“When I get back, we are going to start a fund raising because there are so many things that need to be done.

“We are not just looking at the Ago-Iwoye campus alone but other OOU campuses also; so, this is just the beginning of many good things that we are still going to do for the school,” she said.

The Vice-Chancellor, Prof. Ganiyu Olatunde, who was accompanied by other top officials of the university, received the gifts worth millions of Naira on behalf of the institution.

Olatunde commended the alumni association and its branches for their continued support and interest in the progress and development of the university.

The vice-chancellor said that the provision of the educational materials and equipment would further enhance teaching and learning in the school.

He said that management would collaborate with the alumni towards taking the school to greater heights.

“We really are so excited. We appreciate you and your colleagues in North America. We are so glad that our alumni association is working actively with the university administration so that we can have a 21st century university,” Olatunde said.

The News Agency of Nigeria (NAN) reports that the Deputy Vice-Chancellor (Administration), Prof. Ebun Oduwole, Provost of Postgraduate School, Prof. Gbenga Adenuga and the Registrar, Femi Ogunwomoju, were among the institution’s top officials who witnessed the presentation. (NAN)