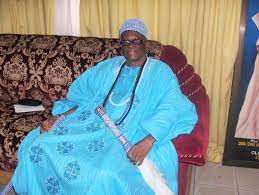 The monarch was said to have passed on on Monday.

Recall that Owu is the hometown of former President Olusegun Obasanjo who is the Balogun of Owu kingdom.

Oba Adegboyega who was one of the producers of the popular television series Village Headmaster in the 80s, died on Saturday in Abeokuta after a brief illness.

Oba Dosunmu ascended the throne in 2005 after his predecessor, Oba Adewale Adisa Odeleye, Lagbedu 1 died in 2003.

The late Oba Dosunmu once revealed that as a staunch Christian, he refused to go through any ritual before his coronation as king as he considered the ritual process, anti-progressive.