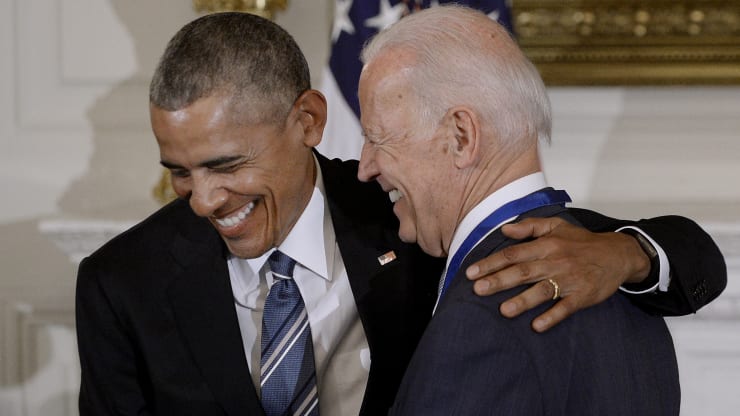 The endorsement will come only after Biden emerged as the last candidate left standing in the Democratic primary to take on President Donald Trump in November. Sen. Bernie Sanders, a self-described democratic socialist from Vermont and Biden’s final opponent, dropped out last week and endorsed his former rival, on Monday.

Obama’s decision to steer largely clear of the primary fight raised eyebrows among some political watchers, who questioned why the 44th president did not immediately offer his endorsement when Biden launched his campaign.

Biden said at that time that he asked Obama ‘not to endorse’ him.

“Whoever wins this nomination should win it on their own merit,” the former vice president said.

In the 2016 election, Obama did not endorse Hillary Clinton – his former secretary of State – until June, when she had secured enough delegates to become the presumptive Democratic nominee. Clinton lost to Republican nominee Trump in November 2016.

But Obama’s popularity has grown since leaving the White House – a fact evident in polls and in the rhetoric of many ex-Democratic presidential candidates, who regularly praised Obama’s achievements in office.

The Obamas have branched out into other popular media, as well. In May 2018, they signed a multiyear Netflix deal with the stated goal of promoting “greater empathy and understanding between peoples.”