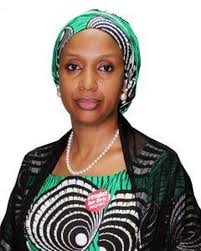 The Nigerian Ports Authority (NPA) will partner the Ministry of Works and Housing and other relevant agencies to rehabilitate port access roads to stop gridlocks around the seaports.

The NPA Managing Director, Ms Hadiza Usman said this on its ‘Special Day’ at the 2019 Abuja International Trade Fair (AITF) organised by Abuja Chamber of Commerce and Industry (ACCI).

In order to assist the Terminal Operators, Usman said that one of the primary infrastructural requirements for efficient operations at the ports in terms of movement of cargo and economic activities was port access roads.

She said that in recent times, the issue of port access roads became very challenging and in order to deal with it the management has been working tirelessly with relevant agencies and stakeholders.

Hadiza, represented by Mr Adams Jatto, NPA General Manager, Corporate and Strategic Communications, described the NPA as a trade facilitator and gateway to the nation’s economy.

She said that over 85 per cent of cargo coming into Nigeria and by extension other landlocked countries around came through its seaports.

In view of promoting trade and enhancing Small and Medium Enterprises (SMEs), she said that NPA had remained resolute in its drive to ensure safety, security and customer satisfaction while delivering efficient services.

In order to reposition the ports for increased efficiency, the Federal Government in 2006 initiated port concessioning, a total of 23 terminals were concessioned to private terminal operators with lease agreements ranging between 10 to 45 years.

She further said that it had been a huge success as the subsequent concession of port operations to terminal operators has become more robust and enabled development of the SMEs.

Quoting an Enterprise Baseline Survey reports, she stated that the SMEs contributed 46.54 per cent of the gross domestic product and accounted for over 25 per cent employment in the country.

“We have also established a fast track desks for export of agricultural produce and non-oil minerals, a gesture geared towards providing a boost for government’s economic diversification effort.

“NPA has also made progress in the ongoing works for the provision of adequate Transit Trailer Parks, Regular Channel Management and Maintenance, Dredging and the Establishment of the Post Community System to remove human interference in ports operations.

“If these operational activities and infrastructural development are fully put in place, it would encourage investment drive and stimulate economic growth,” she said.

Usman said that NPA which was established by the ‘Ports Act’ of 1954 began operations in 1955 and would remain a national brand asset, anchored on service excellence.

We’ve demonstrated political will on water, sanitation – Buhari at UNGA