Now that elections are over… 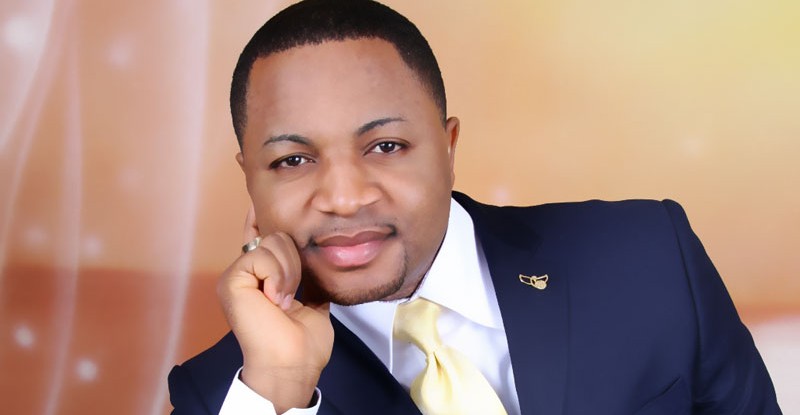 At last, the 2019 general elections have come and gone with conduct of the March 9 governorship election. Winners and losers have also emerged. A lot of those that participated in the exercise, both the serious and unserious, apparently have moved on.

Some others, nonetheless, are heading to the tribunals and will be there for some time, indicating that not everyone must have been satisfied with outcome of the process.

Like any other exercise in life, some lessons must have been learnt, among which is that for the first time in the history of elections in Nigeria, the ballot papers were as broad as billboards, figuratively.

Out of the 91 registered political parties, for instance, over 70 found themselves on the presidential ballot sheet. The ballot was so crowded that even the lettered must have found it somewhat cumbersome, locating the parties they wished to vote for.

And since not many Nigerians are literate, it is easy to conclude that so many votes found themselves in wrong places. In other words, some voters, after a lot of effort, looking for the candidates/political parties they wanted to vote for, may have dropped off their votes wherever they stopped searching.

The Independent National Electoral Commission (INEC), the body charged with the conduct of the exercise, may have also had tough time managing the ‘crowd.’

And it would not be surprising if nothing is heard of most of these political parties henceforth, having completed the assignment for which they were established to perform in the first place. As a matter of fact, some have already started collapsing into the bellies of the bigger political parties that allegedly gave them life. That is, the ones they were actually fronting for.

And so, the 2019 presidential election featured the highest number of candidates in Nigeria’s history – 73 of them, and also the highest number of registered voters – over 84 million, even when voter turnout was less than 40 per cent, and the contest obviously between the two major political parties – the ruling All Progressives Congress (APC) and the Peoples Democratic Party (PDP). And, perhaps, the highest number of deaths.

You can, therefore, imagine how difficult the process must have been. And if this trend of entertaining any manner of candidate, contesting for the office of president is not checked, Nigerians may wake up one Election Day, having to go through a whole book containing names of candidates wishing to be elected president.

The 2019 elections was probably the most militarised in history, with the Chief of Army Staff, Lt. Gen Tukur Yusuf Buratai, often on air marshalling out and making pronouncements on how a civil process should be conducted.

And of the about 84 million registered voters, all that the 71 other presidential candidates, outside of those of the APC and PDP, could garner was just about 800, 000 votes, which is even less than the about 1.2 million votes that were voided.

Most of these fringe contestants had no structure in place and, therefore, were more of bottleneck to the process. And some of them, expectedly, could not win their polling units.

Which explains why the candidate that placed third in the exercise, Dr. Nicholas Felix of the Peoples Coalition Party (PCP), and who, interestingly, was hardly known during the campaigns, polled a distant 110, 000 votes as against the winner, President Muhammadu Buhari’s over 15 million votes, followed by Alhaji Atiku Abubakar of the PDP with over 11 million votes.

The emergence of this widely-unknown Dr. Felix, said to be the founding Pastor of Miracle Centre International in the United States, happens to be one of the biggest shocks of the presidential election. His vote tally, though, has been dubbed accidental votes that were cast by voters, who couldn’t tell the difference between his PCP and the main opposition PDP.

Both parties were placed next to each other on the ballot with very similar colours, a curious development, especially as PCP’s official colours are said to be many shades lighter, according to reports. This has since led to another theory about an attempt by the PCP to ambush unaware voters and intentionally sabotage the PDP’s votes.

But this theory may not hold much water, considering that Dr. Felix had endorsed Atiku days before the election.

In addition, his party, the PCP is part of the Coalition of United Political Parties (CUPP), an alliance of at least 40 political parties that endorsed Atiku, as consensus candidate against President Buhari.

And while Dr. Felix insists he didn’t benefit from his party’s strategic placement on the ballot, the question that may not get to be answered anytime soon is how he was able to garner the over 110,000 votes, especially when all eyes were on more popular faces of the Third Force like Kingsley Moghalu of the Young Progressive Party (YPP), a former deputy governor of the Central Bank of Nigeria (CBN); Omoyele Sowore of the African Action Congress (AAC), a renowned activist and journalist; and Fela Durotoye of the Alliance for New Nigeria (ANN), a well-known leadership expert and business coach.

Let’s not forget that a similar scenario had also played out in the 2015 presidential election, when a largely unknown Adebayo Ayeni of the African Peoples Alliance (APA) placed third with 53,537 votes due to what some believed to be his party’s strategic placement near the APC that won that election.

Although that development attracted less attention, the party was similarly launched in August (2014), just months to the election, like the PCP, which was launched August last year.

These speculations, notwithstanding, the 37-year-old New York-based businessman, sees his emergence, as manifestation of his popularity with the Nigerian people as a result of hard work put into his campaign. He plans to run again in 2023 because, according to him, he’s been chosen by God to lead Nigeria.

Next, is the issue of thuggery, violence and massive rigging that characterised the election, although not totally strange to the process in Nigeria. The opposition PDP is already in court challenging what it perceived as malpractices they claimed denied them victory.

Personally, the exercise was smooth where I voted and in the few units within my neighbourhood that I also observed. But that on its own was not an end, as the words of Joseph Stalin that “those who vote decide nothing. Those who count the vote decide everything,” kept on coming to mind.

Stalin was General Secretary of the Communist Party of the Soviet Union’s Central Committee from 1922 until his death in 1953, and he effectively ruled the country with dictatorial control.

It didn’t come as big surprise, therefore, when Okota, Isolo, Oshodi, among other environs predominantly inhabited by people from the Eastern part of the country in Lagos as well as Abonema, Okirika in Rivers, among others, became bad news. Violence was reported to have held sway in these areas as certain forces felt the votes may not favour their candidates.

Ballot papers were burnt in Okota, for instance, while voters, as well as electoral officers were chased away from the venues of election amidst gunshots, an act that spells doom for the unity of the country. Abonema witnessed heavy gun shots between soldiers and civilians.

In all of this, it is a complete exercise in futility, really, to think that the only way to win election is to disrupt the process in areas where non-indigenes or opposition reside rather than win them over. Employing the use of force to stop any set of people from exercising their constitutional right to vote is an invitation to anarchy.

Whoever unleashed those thugs against the Igbo in Lagos, for instance, was indirectly working against whatever interest he thought he was protecting.

Luckily, the two major governorship candidates in the state, Babajide Sanwo-Olu of the APC and Jimi Agbaje of the PDP, individually saw the need to salvage the situation, which they did with inclusive campaigns.

It is hoped that common sense must have eventually prevailed, with the best candidate emerging winner.

The relative peace enjoyed by residents of Lagos and elsewhere should not be shattered on the altar of some selfish political interests. Tribalism or religion, as former CBN governor and Emir of Kano, Sanusi Lamido Sanusi, is quoted to have said, are not the problems of the ordinary people.  They are instead, artificial problems created by selfish leaders for their own personal interest.

Ordinary folks, therefore, must not allow them use their heads to break their coconut.