NLC to Amosun: We leave you to God, your conscience 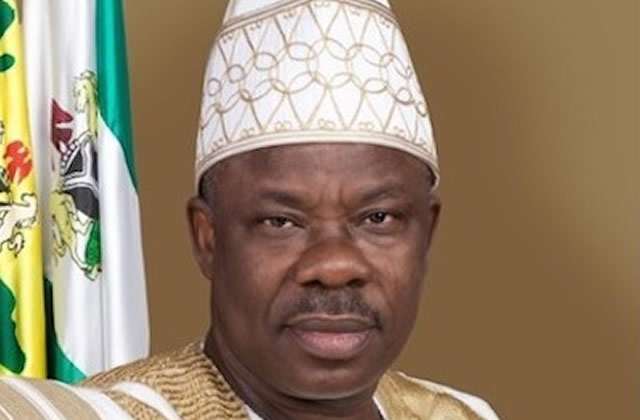 The Ogun State chapter of the Nigeria Labour Congress (NLC), on Monday, said it had handed over the outgoing Governor Ibikunle Amosun to the judgment of God and his conscience.

The union urged the state’s governor-elect, Dapo Abiodun, to be ready to inherit the debt incurred by his predecessor.

Addressing newsmen at the NLC Secretariat, in Abeokuta, the state Chairman, Emmanuel Bankole said, “This is to state in clear terms the magnitude of indebtedness of outgoing administration of Senator Ibikunle Amosun to the public servants in the state and also to correct erroneous impression and falsehood being peddled around that the outgoing government is not owing public servants in the state.

“We have waited so long, hoping Amosun will keep to his promise and settle all outstanding arrears of gratuity, pensions, salary arrears, leave bonuses, deductions, check-off dues and tertiary institutions monthly subventions.

“While it is true that some payments were made to workers in the core civil service, a large number of our members in the local governments and tertiary institutions were not paid.

“Though we are helpless today and the excruciating pains and scars will take time to soothe, we leave you to God and your conscience.”