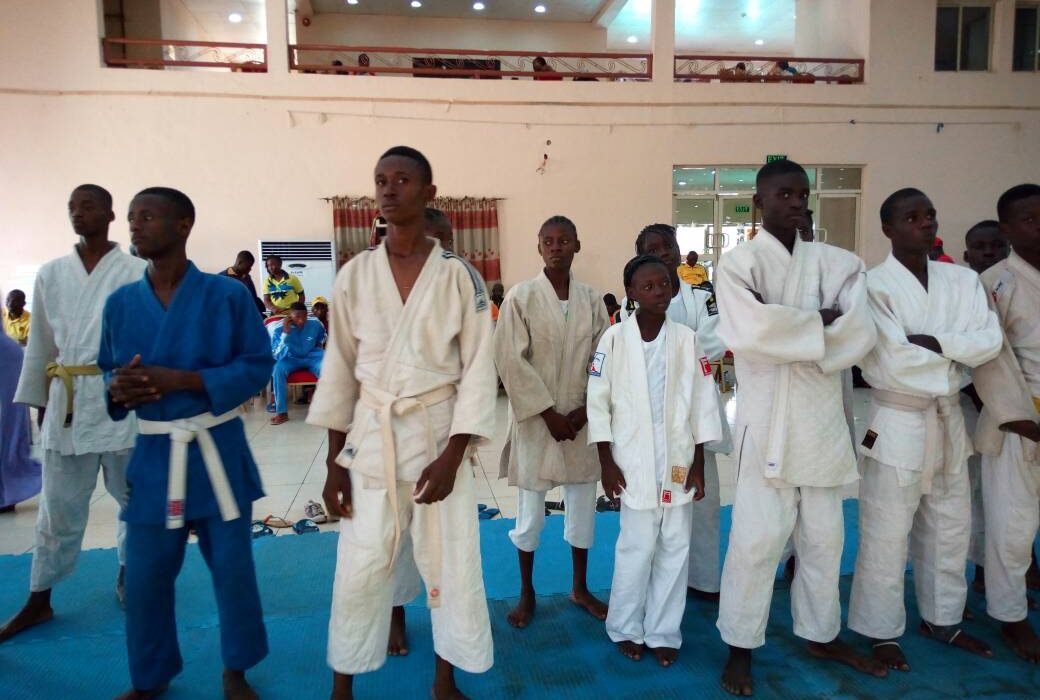 Nigeria’s leading Judoka, coaches and officials have hit Benin-City, Edo State for the National Open Trials ahead of the 2019 All Africa Games billed for Morocco from August 18th – 31st, Wole Opatola, Media Coordinator of the event has disclosed.

The trials, which are in their final stage, will hold from the 27th to 29th June, 2019 at the Indoor Sports Hall of the University of Benin, Benin-City.

Technical Director of the Nigeria Judo Federation, Ewa Ekuta, revealed that male and female athletes from all the states of the federation are expected to participate in seven weight categories with the two finalists in each category getting a call up to the national camp in preparation for the All Africa Games.

Ekuta a former African Champion added that the team selected will also serve as a standing national team to any international judo event.

READ ALSO: Super Eagles target three points against Syli for Round of 16

For his part, the president of the judo federation, Prince Timothy Nsirim was full of appreciation to the Edo State Government through the Edo State Sports Commission for coming to the assistance of the Federation in providing funds and logistics for the trials. He said the timely intervention of the state has buoyed up athletes and officials and will go a long way in ensuring quality outing by the athletes at the All Africa Games.

“The Nigeria Judo Federation is grateful to the Governor Godwin Obaseki led Edo State Government and the people of the state for providing the funds, venue, accommodation and other logistics needed to carry out this open trials ahead of the 2019 All Africa Games. We are all excited at the prospect of coming to Benin for what promises to be the best of Judo techniques and skills exhibition by Judokas from all over the country eager to make the final cut for Morocco,” Nsirim said.

According to officials of the federation, athletes will compete in the -78, -57, +100, and -60 kg classes. Adesiyan Abimbola, General Secretary of the federation said all international Judo rules and codes of engagement would be strictly enforced with electronic scoring technology expected to be deployed for the athletes to get used to the standard expected at the All Africa Games.

Loveth Howell, another member of the federation and an indigene of Edo State is already on ground acting as the liaison officer between the judo federation and the Edo State Government as the two parties strive to ensure a memorable and hitch free event.