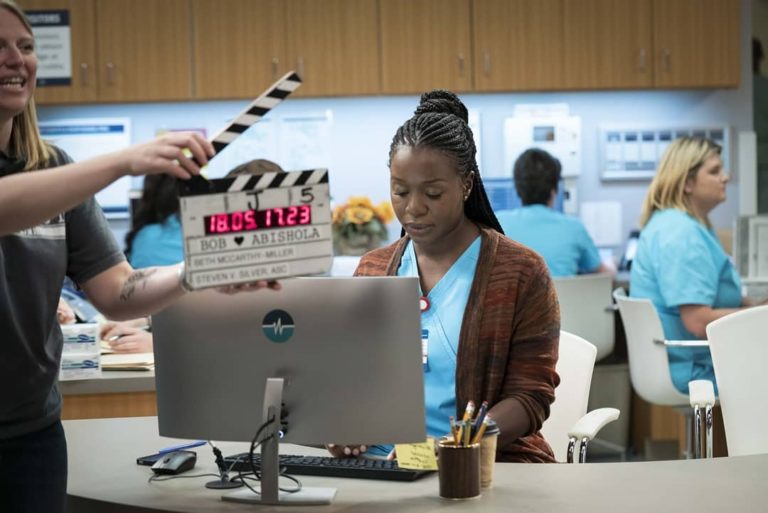 News Agency of Nigeria (NAN) reports that the comedy show will be written and executive produced by ‘The Big Bang Theory’s Chuck Lorre.

Announcing the show on their official website, CBS wrote, “From award-winning creator, executive producer and writer Chuck Lorre, Bob Hearts Abishola is a love story about a middle-aged compression sock businessman from Detroit.

“He unexpectedly falls for his cardiac nurse, a Nigerian immigrant, while recovering from a heart attack and sets his sights on winning her over.

“Undaunted by Abishola’s (Folake Olowofoyeku) lack of initial interest or the vast differences in their backgrounds, Bob (Billy Gardell) is determined to win Abishola’s heart, in this comedic examination of immigrant life in America.

The network also released a trailer for the show which showed the relatable dynamics in Abishola’s family, including a judgemental aunty and a hapless uncle.

It showed Abishola’s cousin who just wants to cut loose(more than Nigerian parents will allow).

Viewers also get to meet Bob’s doting mom, who thinks the world revolves around her son.

Confirming the news, Olowofoyeku shared photographs from the show on her Instagram page @the.folake with the caption, “My TV family. Abishola.”