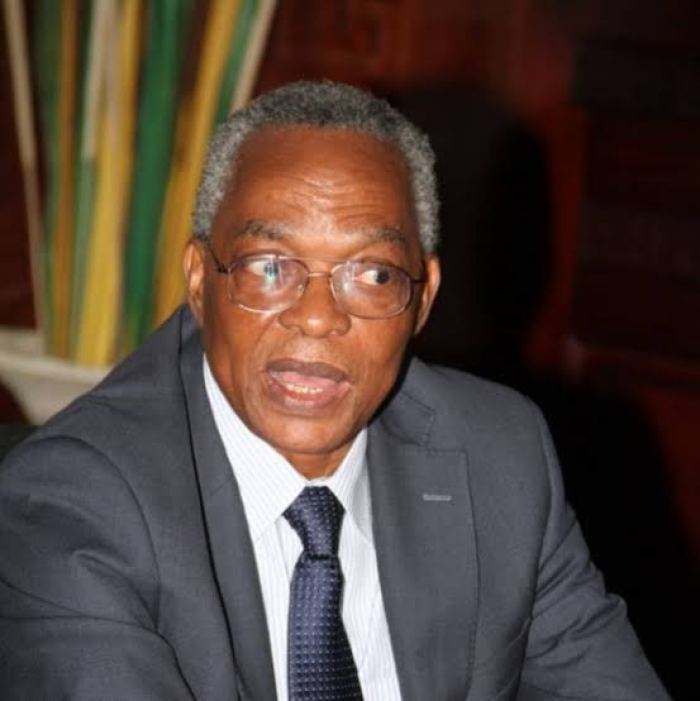 Nigeria’s former Ambassador to Germany Prof. Akinjide Osuntokun, has called for reduction in the number of Nigeria’s delegates to the UN General Assembly.

Osuntokun made the call at the opening of a three-day Covenant International Model United Nations (CIMUN) conference at the Covenant University Ota, Ogun.

He was the key speaker at the maiden CIMUN conference which had the theme: “Restructuring the Future Through Innovative Ideas”.

According to Osuntokun, also a former Special Adviser in the Ministry of Foreign Affairs, elaborate delegation often attracts unnecessary attention to Nigeria and its  people.

He said that reducing the size of the country’s delegation would achieve greater results.

“There is need for us as a country to begin to take another dimension in preparing for the UN meetings, especially as it concerns the size of our delegation.

“It is always too large. This aspect is the most critical thing, and we must strive to look into it because this always attracts unnecessary attention to us as a people and a country.

“The idea that every senator, every member of the House of Representatives should attend the United Nations meetings is totally unreasonable.

“ Our delegation must be made up of professionals and must be small, so that whatever we say there as a country and as a people would be as a result of sense and experience,’’ he said.

Osuntokun, who was also a former Member, Presidential Advisory Council on Foreign Missions, suggested that knowledgeable people should  be encouraged to attend such gatherings as their contributions would be based on experience.

He noted that the country has experts in various fields, saying that emphasis should not only be placed on those working in the Ministry of Foreign Affairs.

“We have experts in the universities and ministries, as well as the press, who should be part of the delegation,’’ he advised.

He expressed optimism that participants at the conference, drawn from universities across Africa, would find their ways into the Ministries of Foreign Affairs, Finance, Defence, or the Presidency in the near future.

Prof. Yomi Akinyeyi of the Department if History and Strategic Studies, University of Lagos, said there was the need for the UN to put in place a commission on governance.

According to him, this will assist in the monitoring and administration of each country and raise a red flag when there is a deviation from normalcy. Akinyeyi, who presented a paper on ‘United Nations and Global Insurgency’, said that the UN has done well in its interventions in insurgency and related issues.

The Don, however, said that the UN could do better. “Insurgency today, the world all over, is on the rise. It is not a new phenomenon. “There can be a new approach to the challenge,” he said.

Mr Ronald Kayanja Director, United Nations Information Centre, noted that the Model United Nations (MUN) is a simulation of how the UN works, especially how decisions are reached by its key organs.

He said that it is a learning tool in public speaking, diplomacy, negotiation and consensus building for students.

“At the Model UN, students broaden their horizon by learning and networking, and as such, can be part of the UN’s effort to establish peace, secure human rights and enable all peoples to live in dignity,’’ Kayanja said.

He said that in the over 70 years of existence of the UN, MUN had grown to become the pride of students and their institutions across the world.

“It is estimated that more than 400, 000 students worldwide participate every year in MUN at all educational levels, while many today’s leaders were once MUN delegates as students,’’ he said.

In his message to the conference, the UN Secretary-General, Antonio Guterres, said that the theme was apt. He said that achievement of the Agenda 2030 and the Sustainable Development Goals (SDGs) would require innovative ideas.

“Our today enjoys remarkable opportunities to advance progress. The 17 SDGs are blueprint for dignity, prosperity and a healthy planet.

“Multilateralism is more important than ever; empowering the world’s young people is also an imperative.

“We must do more to enable young people to shape the decisions affecting their lives,’’ Guterres said.

Prof Akan Williams, Deputy Vice Chancellor of the Covenant University, said that MUN was more practical orientation of what happened in the UN.

“When they simulate this and play some roles, they also get to understand what happens in some other countries, thereby, broadening their horizon on issues in parts of the world.

“It encourages research amongst students.

“It also brings to bear, the critical things they do in the classroom; when eventually they become ambassadors of their countries, or when they have an opportunity to be in the UN, it is not going to be strange. (NAN)