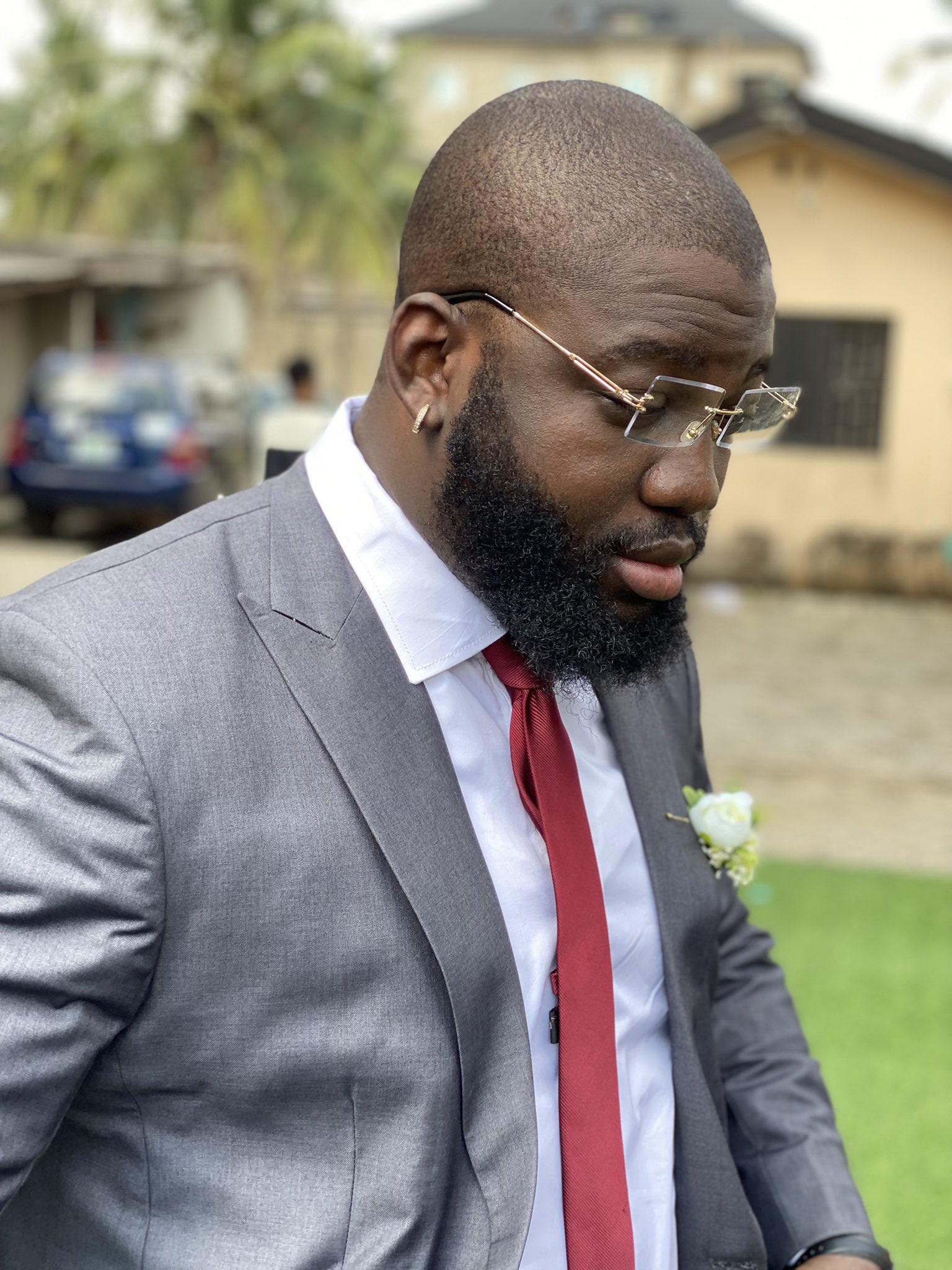 A man known as a Food Critic on social media has told how he was barred from attending a friend’s wedding in church in the Isolo area of Lagos in Nigeria because he wore earrings.

According to him, a groomsman on duty and the Reverend told him he can’t be allowed to enter the church building because earrings by men are not allowed.

He said he is headed to the reception instead and wondered if there are fine dining restaurants in hell.

“At a Baptist church in Isolo, groomsman duties and the reverend just told me I’m not allowed to wear earrings in church.

I calmly left the church, guess it’ll be the reception for me.

Shout out to Nigerian Christianity, and hope they have fine dining restaurants in hell,” he said on Twitter.

Many urged him on the comment section to remove it because of his friends, but the man identified simply as a Food critic and uses @ChefOpeyemi said, his friend was the one who escorted him out of the church premises.

According to him, the groom escorted him out of the church and took pictures of him wearing the earnings and told him “see you at the reception.”

“And to the team ‘Do it for your friend’, the friend escorted me out while we laughed about it.

He snapped the pictures I posted and said ‘see you at the reception,” he said.

One person wondered why people are angry at the church for insisting on a particular dress style.

“Schools, Workplace, Restaurants, even some Night Clubs have Dress Codes but when a Church does its a Taboo & they deserve Hell.

It’s your guys best day on his life yet, it’s just Ear Rings you can take it off a few an hour to honour your guy,” @Odogwu_Nomso said.

“You would have just removed the earrings for the sake of your friends. Not every time your rights your rights. Some things ehn, we need to make sacrifices and compromise for people we love esp if it’s not illegal and all

Another said the man should have just listened and adapt for the time being,” Atinuke said.