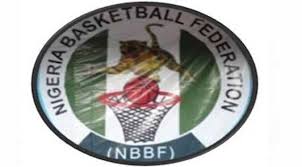 The 2019 domestic basketball season in Nigeria will start in April with stakeholders meeting, Congress and Annual General Meeting, according to the Nigeria Basketball Federation (NBBF).

NBBF President, Musa Kida, gave the confirmation in a statement signed by Oni Afolabi, media officer to the federation, and made available to the Nrews Agency of Nigeria (NAN) in Abuja on Thursday.

Kida said the season will commence with stakeholders’ meeting which will review the achievements recorded so far.

“We shall start with the stakeholders forum and at the same time hold the congress and our Annual General Meeting.

READ ALSO:Police urges retiring officers to engage in productive ventures, not end up as ‘Megad’

“We will look at the last one and half years, review it to see the progress we have made so far, areas of concern, where we need to improve on while also listening to the stakeholders.

“Our congress should be able to validate what it is that we have done so far,” Kida was quoted to have said.

He further said that the Congress shall pave way for the commencement of the Total Men’s Division 2 League and the Zenith Women’s League amongst other domestic programs of the federation.

“As you know last year, Total Men’s Division 2 was very well attended and we had over 70 teams participating in the first stage.”

“We have some teams that have also qualified from Division 2 to Division 1. Total Division 1 is going to be more elaborate especially with this expanded format.”

NAN reports that the NBBF president stressed that the domestic leagues will run over longer period than they did in the 2018 season.

This, he said, is important to give the leagues needed visibility, coverage and afford players more games. (NAN)