Nasarawa gov. proposes summit for youths to harness their potentials 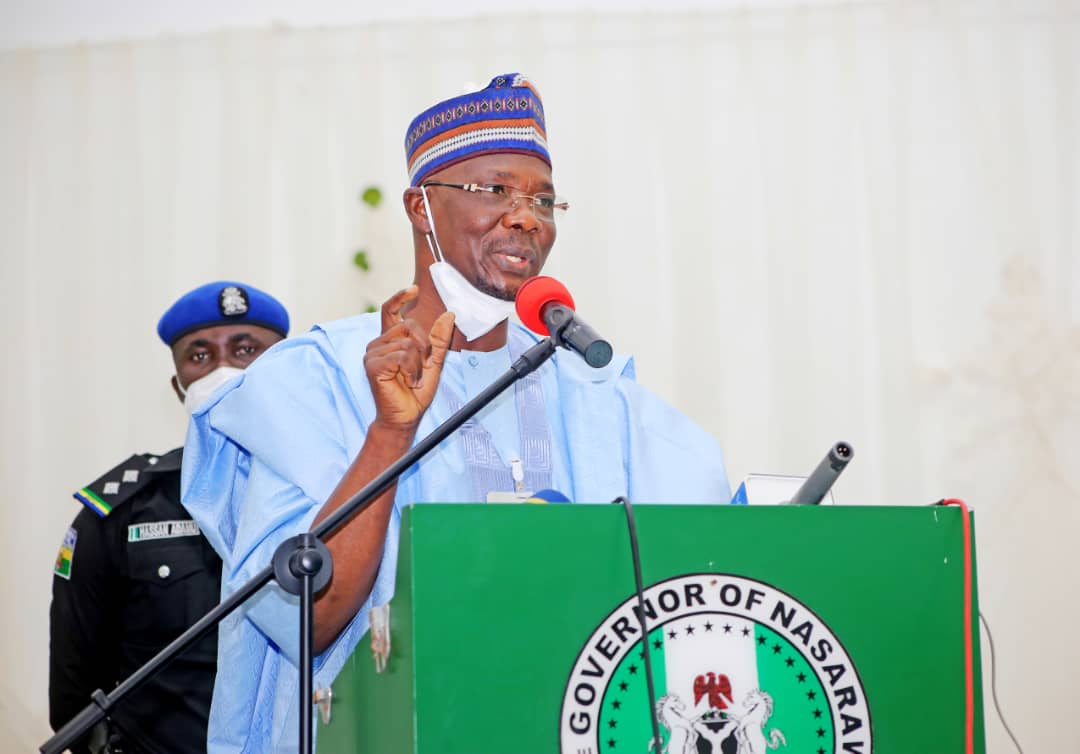 Governor Abdullahi Sule of Nasarawa State has made case for an annual youth summit where youths from across the state will come together to showcase their potentials, as well as highlight their challenges.

Governor Sule made this known during a one-day interactive session with various youths organizations under the aegis of the Nigerian Youth Council (NYC), at the Government House, on Tuesday.

The Governor, while highlighting some of the efforts of his administration to develop the state, said the intended summit will provide an opportunity where the youths will market their potentials, identify their challenges and suggest solutions on the way forward, amongst others.

Engineer Sule assured the youths that his administration will carry them along, stressing that there is no way government will succeed without the youths.

According to the Governor, if the youths are able to identify their potentials during the planned summit, the state government will take it further by inviting persons outside the state who have capacity to train and develop the youths, towards preparing them for leadership.

He explained that because of the significance his administration places on youth development and at inception, a vibrant youth, Barrister Ibrahim Abdullahi, was identified and appointed in a key position as Special Adviser on Investment.

“One of the key appointments that a lot of you don’t pay attention, is the economic development and investment of our state.

“The future of this country, the future of the global economy, rests with economic empowerment, economic growth, investment opportunities and industrialization,” he stated.

Commenting on the issue of security, Engineer Sule expressed gratitude to President Muhammadu Buhari, as well as all the security agencies, for their continuous support, which explains the prevailing peace recorded in the state.

The Governor however pointed out that though security remains a major challenge, it still remains the foundation for some of the successes recorded by his administration.

He used the opportunity to update the people of the state on the recent kidnapping of over 30 people in Loko area, disclosing that so far, 23 of the kidnap victims have been released.

While noting that challenges in the security sector are continuous, the Governor revealed that while the process of securing the Loko kidnap victims was ongoing, unknown gunmen kidnapped another 10 people in Tunga Bakodo area, with efforts ongoing to rescue them.

Speaking on efforts of his administration to further reposition education which Engineer Sule described as pivotal to all development, the Governor said there is lot of work to be done in the sector, citing an example from the report of the baseline survey of public schools in the state, which shows that of the 1,350 primary schools, 1,200 are in dilapidated condition.

Earlier, Special Adviser on Youth Development, Hon. Yakubu Kwanta, x-rayed some of the interventions put in place by the present administration to better the lot of the youths in the state.

Hon. Kwanta challenges the youths to see the interaction as an opportunity to open up before the Governor and say their minds on issues bothering them.

In a communique issued at the end of the interactive session, signed by representatives from 8 youth organizations from across the state, the youths commended the Governor for being youth friendly, as well as his demonstrated zeal to take Nasarawa State to the next level of development.

They equally commended Engineer Sule for the measures taken by the state government to contain and control the spread of the coronavirus pandemic.

Those who attended the interactive session include the State Deputy Governor, Dr. Emmanuel Akabe, Commissioner for Youth and Sports Development, Othman B. Adam, the Secretary to the Nasarawa State Government, Barrister Ubandoma Aliyu, among other top government officials.