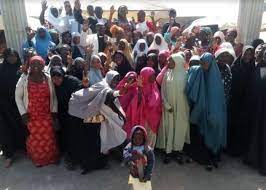 Many Muslim faithful joined their Christian counterparts, in Kaduna State, for church service on Christmas Day.

According to News Agency if Nigeria report, the General Overseer of Christ Evangelical and Life Intervention Ministry, Sabon Tasha Kaduna, Yohanna Buru, expressed satisfaction over the large turnout of Muslim Imams and youths from seven Northern states that attended the Christmas services.

Mr Buru said that despite insecurity challenges bedevilling the peace and stability in the 19 Northern states and the outbreak of the Omicron, as well as the high cost of transportation, hundreds of Muslims, including women and children, attended this year’s Christmas morning services, to strengthen the relationship, better understanding, love and religious tolerance.

According to him, this is the 10th year the church has been hosting Muslims from various states for the Christmas celebration.

“Over 500 Muslims from Kaduna, Kano, Zamfara, Katsina, Abuja and Niger states joined us at the service to promote peace and unity.

The cleric said that all the Muslims that attended the Christmas service were from all Islamic sects which include Tijjaniya, Shiite, Kadriyya and Sunni.

“We must remember that we are created by one God, and we are the children of Adam and Eve. We both have our holy scriptures (Bible and Qur’an) from one God which guides us on how to live in peace and harmony with each other,” he said.

Mr. Buru added that the outbreak of ethno-religious crisis in some parts of the northern region had caused a serious setback for the state.

“Peace, stability and development are needed, hence the need for both Muslims and Christians to live in peace and harmony to make the region better again,” he said.

Similarly, the District Head of Kurmin Mashi Kaduna, Rabo Abdullahi, said he was happy to see the number of Muslim youths and Imams that attended the Christmas service.

Mr Abdullahi said it was important for Muslims and Christians to always live together in peace and harmony.

A Muslim woman, Sumayya Gali, said they attended the church services because Pastor Yohanna usually brings some of his church members to celebrate Eid-el-Maulud with them.

She also prayed to almighty God to bring an end to the spread of COVID-19, while calling on both Muslims and Christians to pray for peace and unity of the nation.