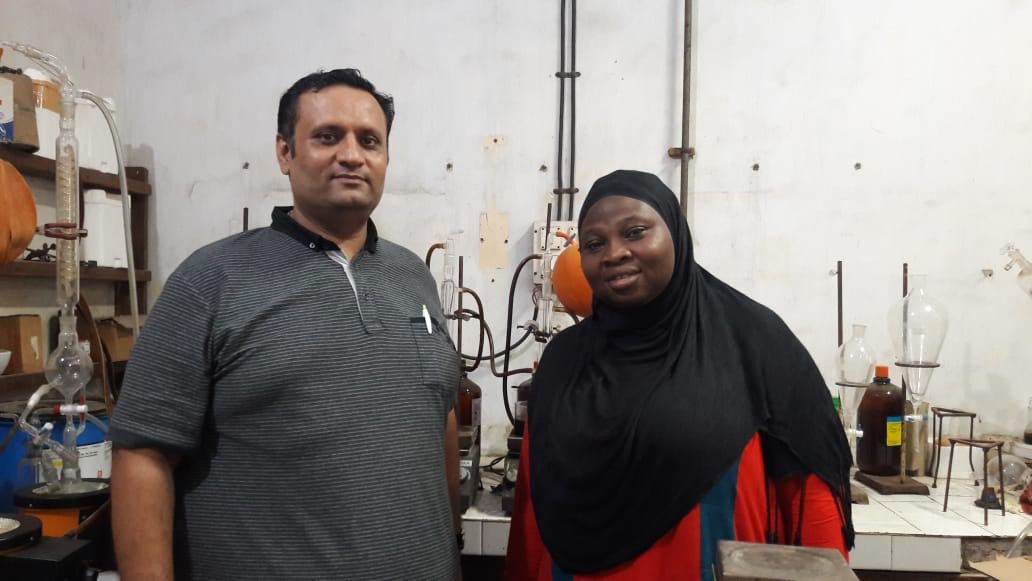 A Nigerian PhD scholar with the University of Ilorin, Misitura Lawal-Arowona, under the supervision of Prof. Joshua Obaleye, has promised to tackle the menace of tuberculosis (TB), both in African countries as well as India.

According to a report published in the Sunday Times of India, under a sandwich fellowship at Faculty of Science of The Maharaja Sayajirao University’ of Baroda, India, Misitura Lawal-Arowona, who works as a lecturer at Nigeria’s Kebbi State University has successfully developed metal attached anti-TB drug.

This has improved the efficiency of the anti-TB drugs compared to normal drugs that are consumed globally.

The problem of TB in Nigeria has been made worse by the issues of drug resistant TB and the HIV/AIDS epidemic.

“Earlier, studies have proved that when a metal is attached with a pharmaceutical, it increases efficacy of the drug,” said Lawal, who is in Vadodara for a year-long project.

Taking a cue from cisplatin, an anti-cancer drug, whose efficacy improved after applying platinum as metal, the scholar worked on multiple metal-based drugs to see whether efficiency of anti-TB drugs can be increased by attaching metals to it.

She used metals like ion, cobalt, copper and zinc to prepare the metallodrugs. The drugs, which have been developed, include ciprofloxacin HCl, ofloxacin, pyrazinamide and moxifloxacin HCl. Presently, there is no metal-based anti-TB drug available in the market.

“When we compared the metallodrugs with the original anti-TB drugs, the metallodrugs were more effective,” said Professor Rajendrasinh Jadeja from MSU’s chemistry department, who is mentoring the Nigerian scholar.

“We did in vitro test against bacteria. The metal we have chosen are non-harmful to human beings. Also, we found that of all the metallodrugs, the copper complex of ciprofloxacin is most effective,” he said.

The Nigerian scholar is pursuing her research at MSU under fellowship sanctioned by the Italy-headquartered Third World Academy of Sciences and Department of Biotechnology, Government of India.

Faculty of Science of The Maharaja Sayajirao University’ of BarodaiMisitura Lawal-ArowonaProf. Joshua ObaleyeUniversity of Ilorin
Share

Why We Decline Invitation to Parley on National Issue, Security –SMLF